CHONGQING, Nov. 29 (Xinhua) - Southwest China's Chongqing Municipality has launched large-scale COVID-19 nucleic acid testing, tracing and disinfection after an outbound traveler was diagnosed as an asymptomatic coronavirus case upon arriving in the Republic of Korea (ROK), the local health commission said on Sunday. 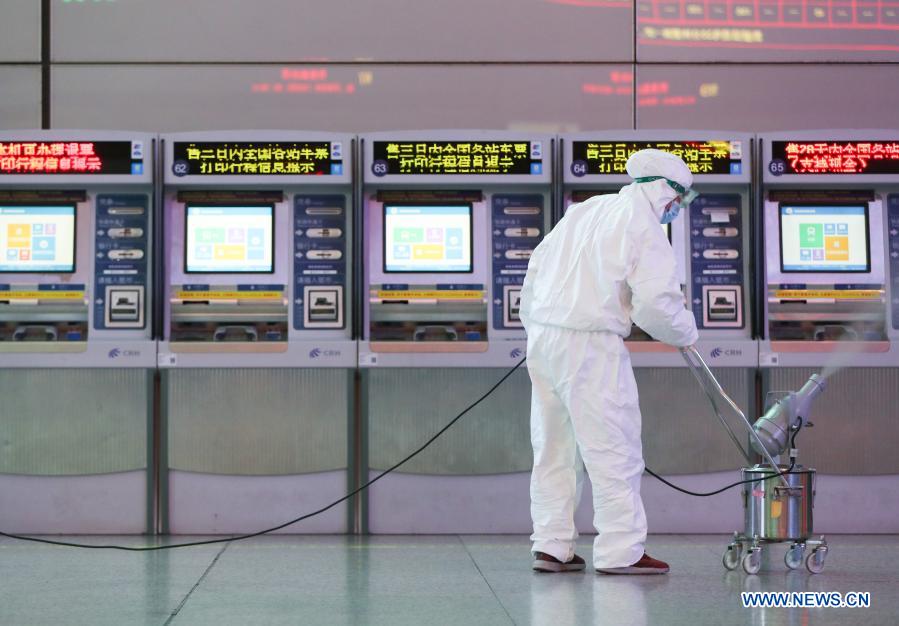 The ROK national is an employee of a Chongqing company and had been in the city since Feb. 1. He traveled by company car to Shuangliu International Airport in the city of Chengdu, Sichuan Province, on Thursday night. He departed from the airport on Friday and arrived at Incheon International Airport, west of the ROK capital Seoul, on the same day. He was tested upon arrival and received his diagnosis on Saturday, said the commission.

The local government has temporarily shut down the company and the hotel he had stayed in since his arrival in Chongqing. By 9 a.m. Sunday, 3,283 people, including the individual's local colleagues, hotel staff, and hotel guests who had checked in after Nov. 25, had been sampled, and 2,674 had tested negative for the virus.

Additionally, 493 samples collected from objects and places related to the case had all tested negative, according to the commission.

Tang Wenge, deputy chief of Chongqing's center for disease control and prevention, said that source tracing work in relation to the case is underway, including sampling and the testing of those in the company who had dealt with imported materials.

The individual's return trip to the ROK will be studied further, and more testing and tracing will be conducted on his close contacts and parcels received from abroad since Nov. 13, added Tang.