Chongqing section of Yangtze River sees its worst flood since 1981

At 4 am on Thursday, the Cuntan Hydrological Station on the mainstream of the Yangtze in Chongqing had a water level of over 191.41 meters, which is the highest on the Chongqing section of the Yangtze River since 1981. 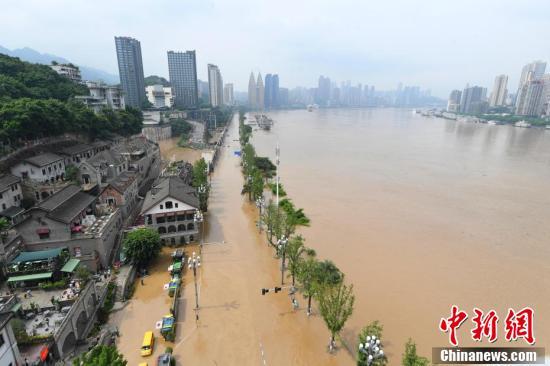 Affected by the recent heavy rainfall in the Sichuan Basin, several floods converged in Chongqing, creating a flood peak with a flow of more than 74,000 cubic meters per second.

According to the latest statistics, the flood has affected more than 260,000 people and flooded more than 20,000 shops in Chongqing.

To cope with the biggest flooding, Chongqing upgraded its flood-control response to Level I for the first time on Tuesday. More than 400 staff were dispatched and more than 1,600 residents and businesses were evacuated overnight. As of the press time, Chongqing has evacuated more than 250,000 people and relocated more than 130,000 people.