China's southwestern municipality of Chongqing, home to more than 3 million registered cars, had the worst traffic congestion among 50 major cities in the second quarter this year, a recent traffic analysis report says. 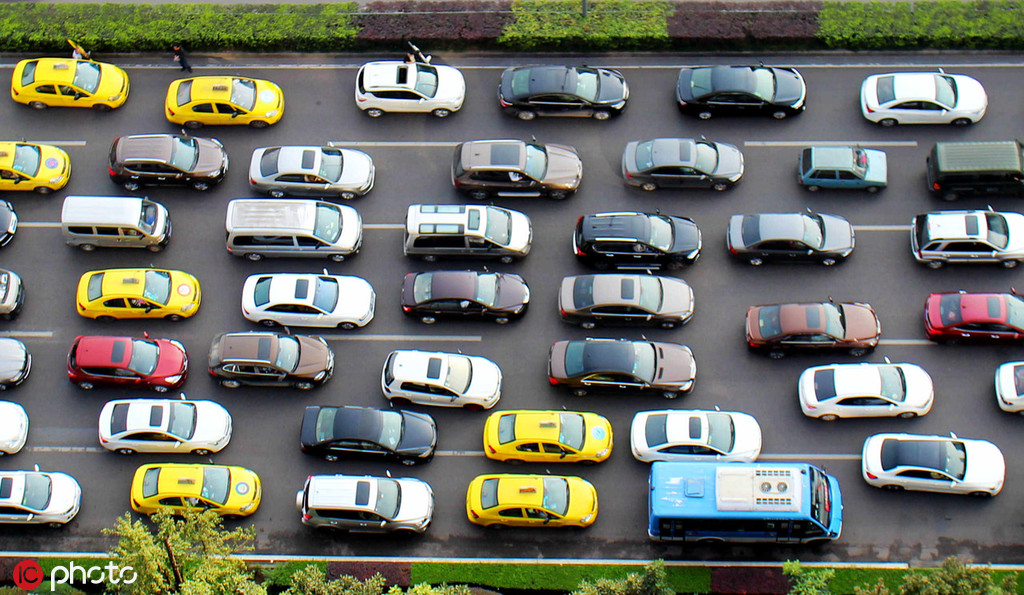 With average rush-hour vehicular speeds as low as 24.95 kilometers per hour－almost as slow as riding a bicycle－people in the city need to spend nearly twice as long getting to their destinations during rush hour than when traffic is flowing freely, according to the report, jointly compiled by digital map provider Amap, the State Information Center and several transportation institutes.

"Spending nearly two hours commuting to and from the office can be an emotional downer, but that's something I struggle with every day," said Shen Ding, a 27-year-old Chongqing resident who faces a one-way journey of more than 15 km from his parents' home to work.

The city's bridges were common locations for severe traffic bottlenecks, Shen said, but major intersections and overpasses were also bad. The headaches of getting to and from work have led him to consider renting an apartment closer to his office.

The average commute to work in Chongqing last year was 12.2 km and took 54 minutes, according to another report published by Jiguang, a data aggregation company.

The report released by Amap said a surge in vehicle ownership in Chongqing contributed to its serious traffic congestion.

According to the Ministry of Public Security, Chongqing was one of eight major cities with more than 3 million registered cars last year, joining other megacities like Beijing, Shanghai and Shenzhen in Guangdong province.

Yang Xinzheng, an expert at the China Academy of Transportation Sciences, said, "The number of cars in Chongqing has witnessed rapid growth as its population has tripled since 1990 and its economy has undergone rapid development."

The mountainous city is known for its narrow and winding road networks full of bridges and tunnels－conditions extremely unfriendly to drivers, he said.

Harbin, capital of Heilongjiang province, ranked second for congestion between April and June, according to the report, followed by three other northern cities: Beijing; Changchun, capital of Jilin province; and Hohhot, capital of the Inner Mongolia autonomous region.

Nanjing, capital of Jiangsu province, ranked first in terms of people's willingness to use green, low-carbon means of transport－such as walking, riding bikes and taking buses and the subway－followed by Lanzhou, in Gansu province, and Xi'an, in Shaanxi province, the report said.