Wei Yuan is what some might call a “science and technology” man, since he is currently studying engineering in college. However, Wei and several other male engineers are showing that they’re not just interested in computers and science – they’re also interested in the theatrics associated with the Chuan Opera style, according to Guangming Daily.

Chuan Opera is a traditional style of opera that originated in Sichuan Province, which is a far cry away from Wei’s original career aspirations.

Wei discovered his passion while he was nervously preparing for his college entrance exams. He was looking for information online and noticed a Sichuan TV video in his search results titled “Chuan Opera performed in Sichuan dialect.” 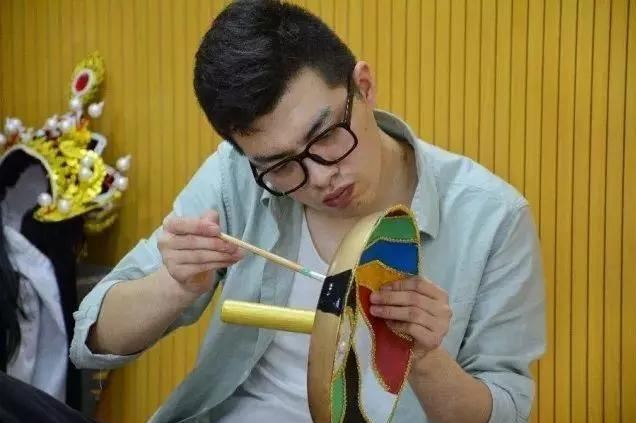 From the moment he laid eyes on the video, Wei was hooked on the style and was enthralled by the images.

However, Wei’s passion had to be put on hold since he was admitted to the School of Bioengineering at Chongqing University.

Yet his love of Chuan Opera never stopped and he eventually sought out a live performance at Chongqing Chuan Theatre. Wei stopped by the theater and saw “Fire Shaoyang” and claims that his first live experience “ignited” his heart and even pushed him to bring several of his male classmates with him to other showings. 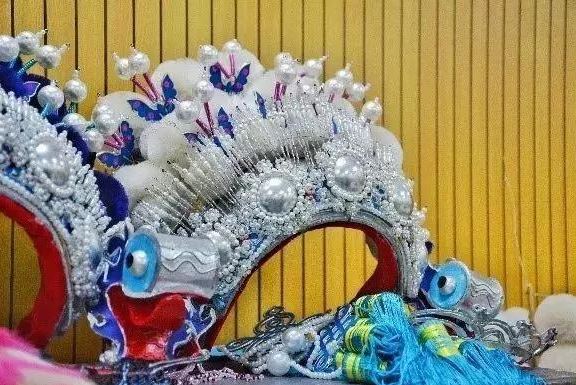 It was then, that Wei decided to start a club called the Youlan Opera Society at his university.

The club started out small, with only a few members doing their best to find videos of Chuan Opera online and look at some of the opera’s techniques such as fire spitting, face changing, and more.

To study advanced Chuan Opera techniques, Wei even asked for help from professional actors at the Chongqing Chuan Theatre. He also started attending theater practices, which helped him master some of the performances. The Youlan Opera Society has gradually gained a reputation on campus and that helped Wei recruit more people as members.

Li Dongliang, a graduate student of Chongqing University’s College of Electrical Engineering, has known about Chuan Opera style since he grandfather introduced him to it when he was a child.

Though Li was not a fan of the opera as a child, he eventually grew curious about the opera’s distinctive drum sound when he heard the Youlan Opera Society on campus.

Deng Manling, of the 2014 Art School of Chongqing University, studied a month of Chuan Opera while in high school alongside Li Pingping – another of the society’s members. 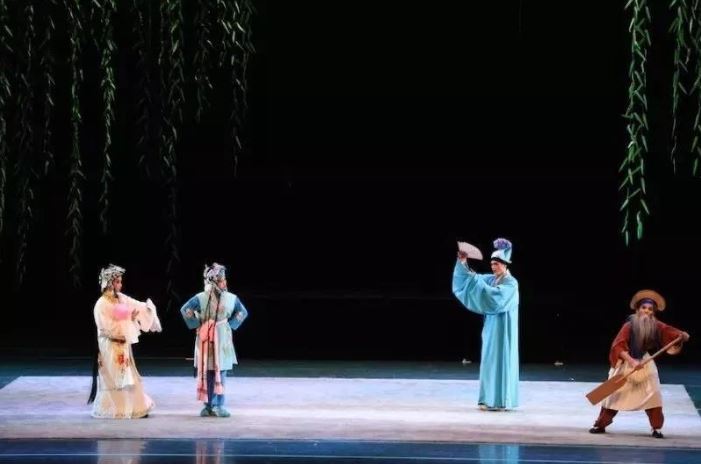 Qi Yufei became the society’s de-facto makeup artist and, at the start of his club tenure, relied on self-study talent to do everyone’s makeup.

However, by the time of his senior year, Qi made rapid progress in makeup technology and even passed down many of his techniques before he graduated.

"The opera club has sewing machines and electric irons,” Wei said. “We do everything ourselves. Now more than half of [the members] have learned to make their own clothes.”

In 2017, Wei started working on the club’s latest performance called “White Snake Biography” at Chongqing University. To make the production happen, he read many books, watched drama clubs, and even studied under professional Chuan Opera actors.

Based on traditional music scores, Wei compiled and adapted the scores with many new elements for the play.

By the time rehearsals started, more than 80 people were involved in the production – from the Youlan Opera Society, the college’s Dance Department, and the College of Art. 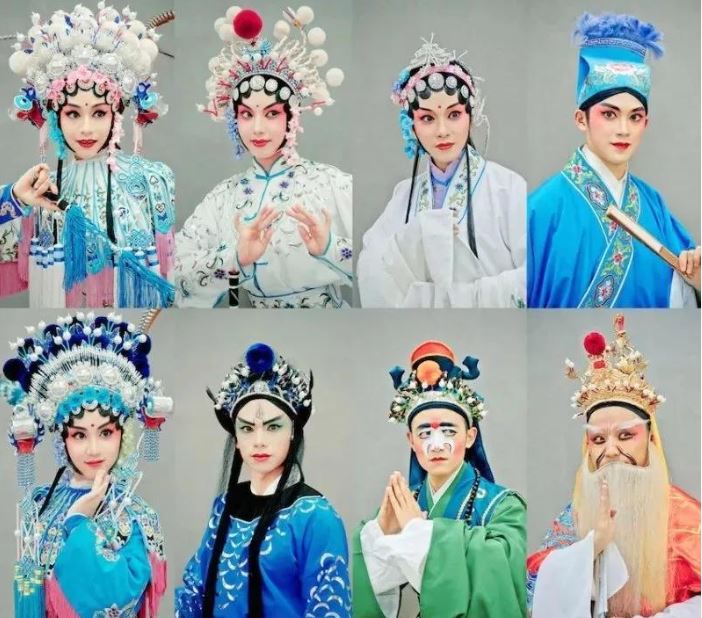 The school had so much faith in the production, it allocated 120,000 yuan for rehearsal expenses and the Chongqing Chuan Theatre started sending people over to teach standardized training in form, dance, and vocals.

Wei said his love of the opera has made him a perfectionist. Wei said that during rehearsals he is “fierce,” does not let go of anything, and strives to have everyone perform perfectly.

Some believe that Wei’s professionalism and perfectionist attitude is the reason that the Youlan Opera Society is the only college in the entire nation that can perform Chuan Operas.

Over the last few years, the Youlan Opera Society has performed three shows, spanning roughly two hours each. Several of the club’s members have also been honored by other nations and in 2017, some were asked to tour several cities in Europe to spread the joy of their Chuan Opera performances.

In April, “White Snake Biography” premiered at the university and was a smash hit – selling out immediately.

Due to the club’s popularity, it is making changes to not only its own school but also the nation’s universities. The club’s ideas were incorporated into China’s Excellent Cultural Heritage Base Project by the Ministry of Education in 2016.

Of the more than 30 members of the Youlan Opera Society, two-thirds still come from science and engineering backgrounds.

However, Wei, wants to be a professional director of Chuan Operas in the future and has his sights set high. He also wants his love of opera to inspire others.

“We just got together because we like Chuan Opera,” Wei said. “We also hope that with our enthusiasm and persistence makes the Chuan Opera style more approachable to young people.”