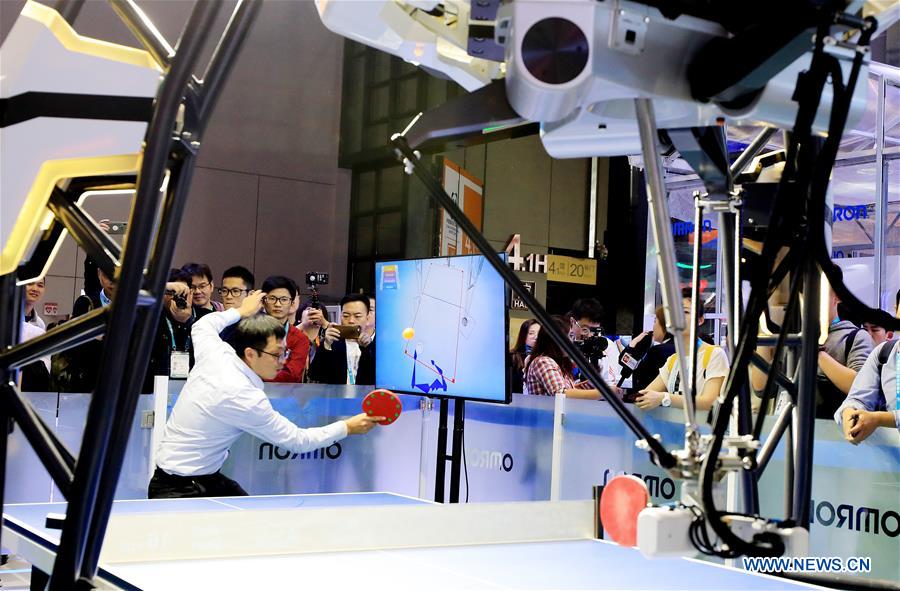 A visitor plays table tennis with a robot at the booth of Omron at the Equipment exhibition area during the second China International Import Expo (CIIE) in Shanghai, East China, on Nov 7, 2019. (Photo: Xinhua)

The China International Import Expo has become an ideal platform for new product launches, as exhibitors say the expo brings them exposure and deals.

Sheng Wenhao, chairman of the board of the company, said last year's experience at the CIIE was overwhelming because their sales increased significantly after the expo and their products were able to access local markets in small cities in China.

"We then decided to bring more products to the second CIIE," Sheng said.

German cookware-maker Stakunft brought their new waterless cooking pot, which can retain vitamins from food and use less energy, to the debut stage of the second CIIE.

"It was a big deal for us, because Stakunft is not a big brand in Germany," Yang said. "This year, we booked an exhibition area of 108 square meters, and decided to come next year as well."

Dozens of firms including Japanese electronics companies Omron and Nihon Kohden as well as American materials company Corning Incorporated have showcased their new products at the expo's debut stage on Saturday.