"Cinema for the blind" brightens lives of disabled in C China 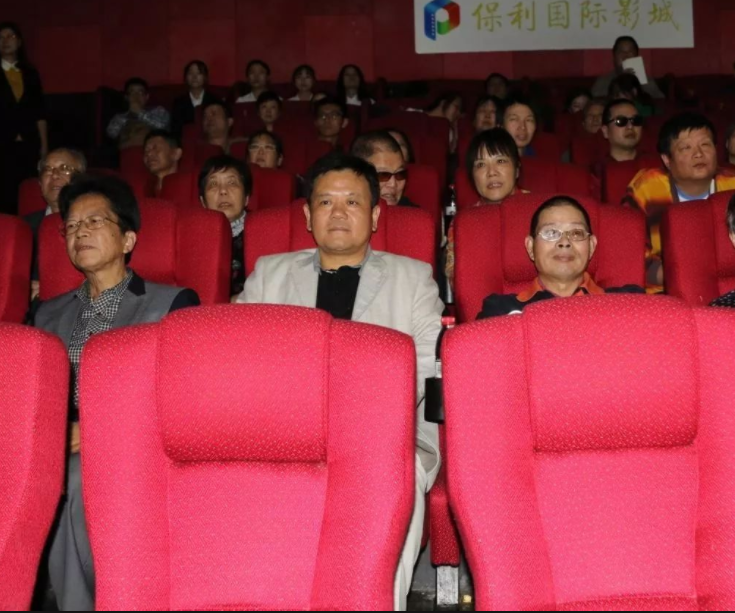 In a theater in Jiangjiadun Residential District, Du Chengcheng carefully tells the story of a successful businessman and a migrant worker's journey during China's Spring Festival travel frenzy.

The story comes from the 2010 hit Chinese comedy film "Lost on Journey," which grossed more than 30 million yuan (4.7 million dollars) at the box office.

Rather than showing the film on the big screen, she recounts the plot to an audience of visually impaired people.

Du, 32, is a volunteer for the disabled in the district in Wuhan City, capital of central China's Hubei Province. She started presenting films to blind people in 2010, when the local federation for the disabled built a "cinema for the blind" in her district.

"When I saw the visually impaired people laugh or cry because of the film stories I tell them, I feel very emotional," she said.

Chinese cinema has seen rapid growth of more than 30 percent a year, particularly in major cities such as Beijing and Shanghai, Zeng Maojun, president of Wanda Pictures, said in December. Box office earnings in the country leapt from 860 million yuan in 2002 to 10 billion yuan in 2010.

China has over 444,000 movie screens, more than North America.

But it is hard for blind people to fully enjoy movies, so Du tries to explain the film plots as vividly as possible.

"When I first joined the cinema, I did not know what to do," she said. "So I just closed my eyes and imagined what I would want to hear if I were blind."

Du knows which parts of the plots to emphasize, and how to keep the audience engaged.

"Sometimes the script for a one-minute scene can take more than an hour to write," she said.

To make the story more engaging, Du said she often watches a film more than 20 times.

China has more than 85 million disabled people. The number is expected to exceed 160 million by 2050, according to China Disabled Persons' Federation in 2013. Of the disabled, about 6 million are visually impaired.

China has been striving to improve the lives of blind people, from medical treatment and employment to enriching their lives through culture.

Du is disabled herself. Born with congenital neurofibroma, she was unable to run as freely as her peers. In 2009, Du underwent amputation, leaving her with just one leg and a reliance on crutches.

But Du did not shatter from the big blow. Instead, she poured her heart into charity work.

So far, Du has brought "film experiences" to more than 7,000 blind people in the locality over the past 8 years.

In Wuhan, Du has trained more than 100 volunteers like her to "tell films" to blind people, earning her the nickname "angel giving out brightness."

"My visually impaired friends often tell me that they are willing to be my leg, and I just tell them that I am their eyes," Du said. "I hope my film-telling can be a light guiding them in this beautiful world."