Cinemas in China reboot in July 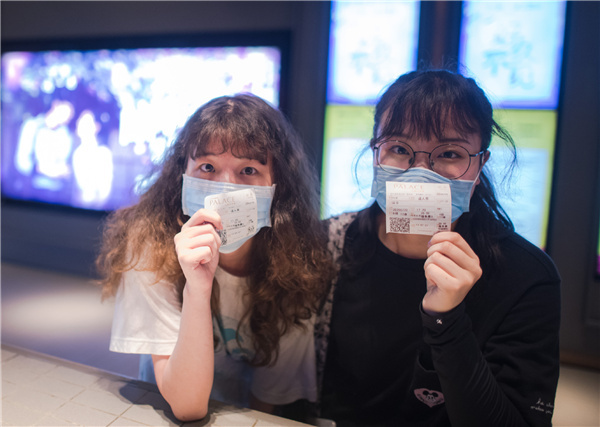 Nationwide, 884 cinemas in 175 cities sold tickets on Monday. Shanghai, Hangzhou in East China's Zhejiang province and Changsha in Central China's Hunan province led the record with 1,498, 766 and 536 screenings, respectively. By 7 pm, a total of 139,000 people went to see a film.

The online booking system for the 23rd Shanghai International Film Festival saw 108,000 tickets sold within 10 minutes, and 128,000 after an hour.

A First Farewell, an award-winning movie revolving around two children in Northwest China's Xinjiang Uygur autonomous region, was among the few popular newcomers to hit theaters, while many others were re-screened box office hits, including Chinese blockbuster Wolf Warrior II and Disney-Pixar animation Coco and 2019 crime film Sheep Without a Shepherd. 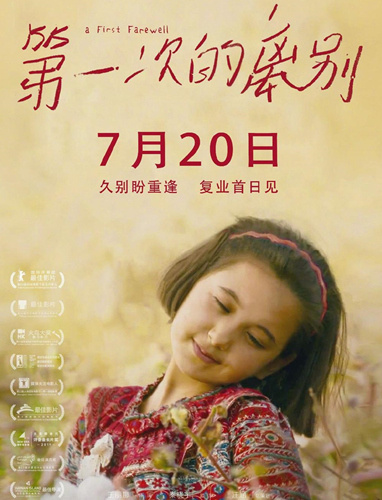 A poster for the film,   A First Farewell (Photo: Mtime)

Movies theaters under the Wanda Group began to resume business, 43 of which opened on Monday after a months-long delay.

A guideline issued by the Chinese Film Circulation and Projection Association asked cinemas to limit their attendance per show to 30 percent capacity and sell non-adjacent tickets in every other row, according to Xinhua.

Moviegoers must make real-name reservations and wear masks, and those who do not know each other should keep a distance of at least one meter apart, the guideline read.

The regulated reopening ignites hope and worry among many industry insiders. It's still too early to say that the film industry has prevailed over the challenge of the COVID-19 pandemic.