China's Meteorological Administration continued to issue an orange alert for a cold wave on Tuesday with most parts of central and eastern China predicted to be affected by a strong cold front. 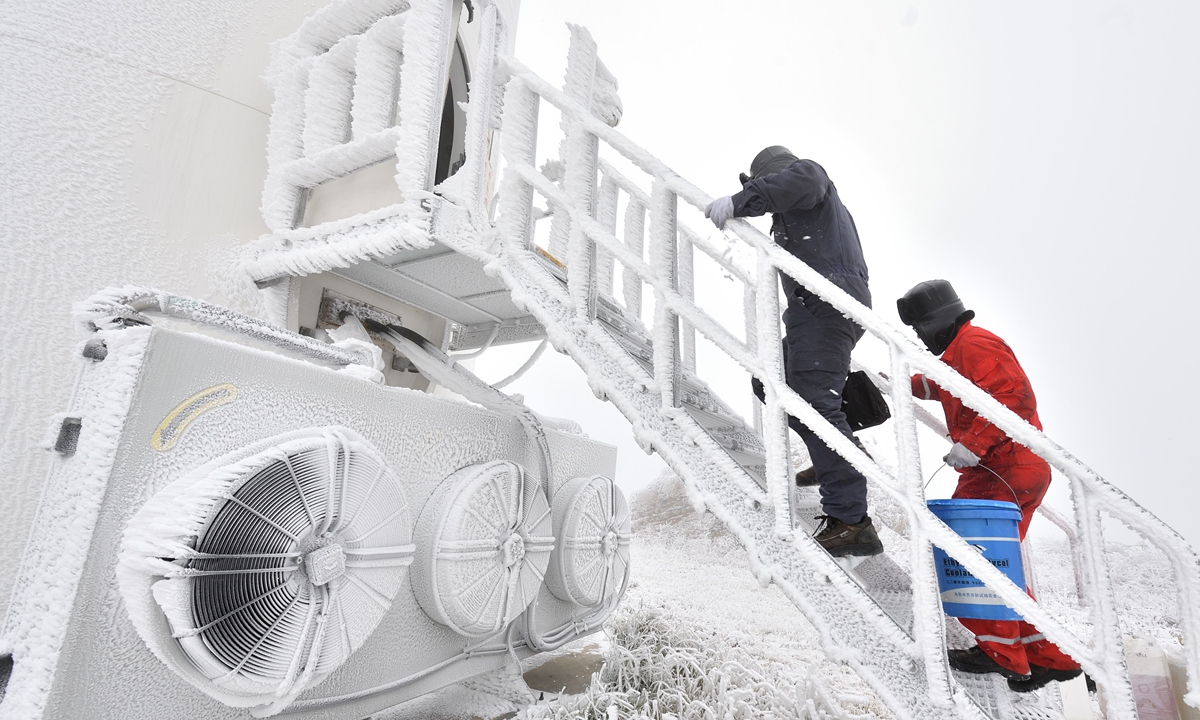 It will affect certain regions for the following three days, with temperatures dropping by 8 to 10 C.

In Shanghai, the temperature is expected to drop by 12 C on Tuesday to minus 6 in downtown until Wednesday morning due to the strong cold front from the north, according to information released by Shanghai Meteorological Bureau at 11 am Tuesday. The temperatures in downtown will be the coldest recorded in the last 20 years.

The weather's strong intensity is likely related to "climate warming" — there is much more extreme weather this year, so it might not necessarily be a colder winter; in fact, we might see it soon change into "a warm winter," Wu Rui, chief service officer at the Shanghai Meteorological Bureau, told the Global Times on Tuesday, noting that this year's temperature fluctuations are relatively huge.

Besides Shanghai, many other regions including East China's Zhejiang, Anhui provinces, and even South China's Hainan Province all issued alerts for cold waves and reminded all the related departments to prepare for the upcoming cold weather, such as agricultural departments needing to adopt preventive measures. Experts suggested people stay inside to reduce the risk of weather-related accidents.

"Traffic control measures" such as temporary speed limits and on-the-spot guidance will be taken to deal with traffic accidents quickly based on the actual traffic situation, a police officer from the Shanghai Jing'an Public Security Bureau told the Global Times on Tuesday, adding that they have prepared supplies for emergency use in advance.