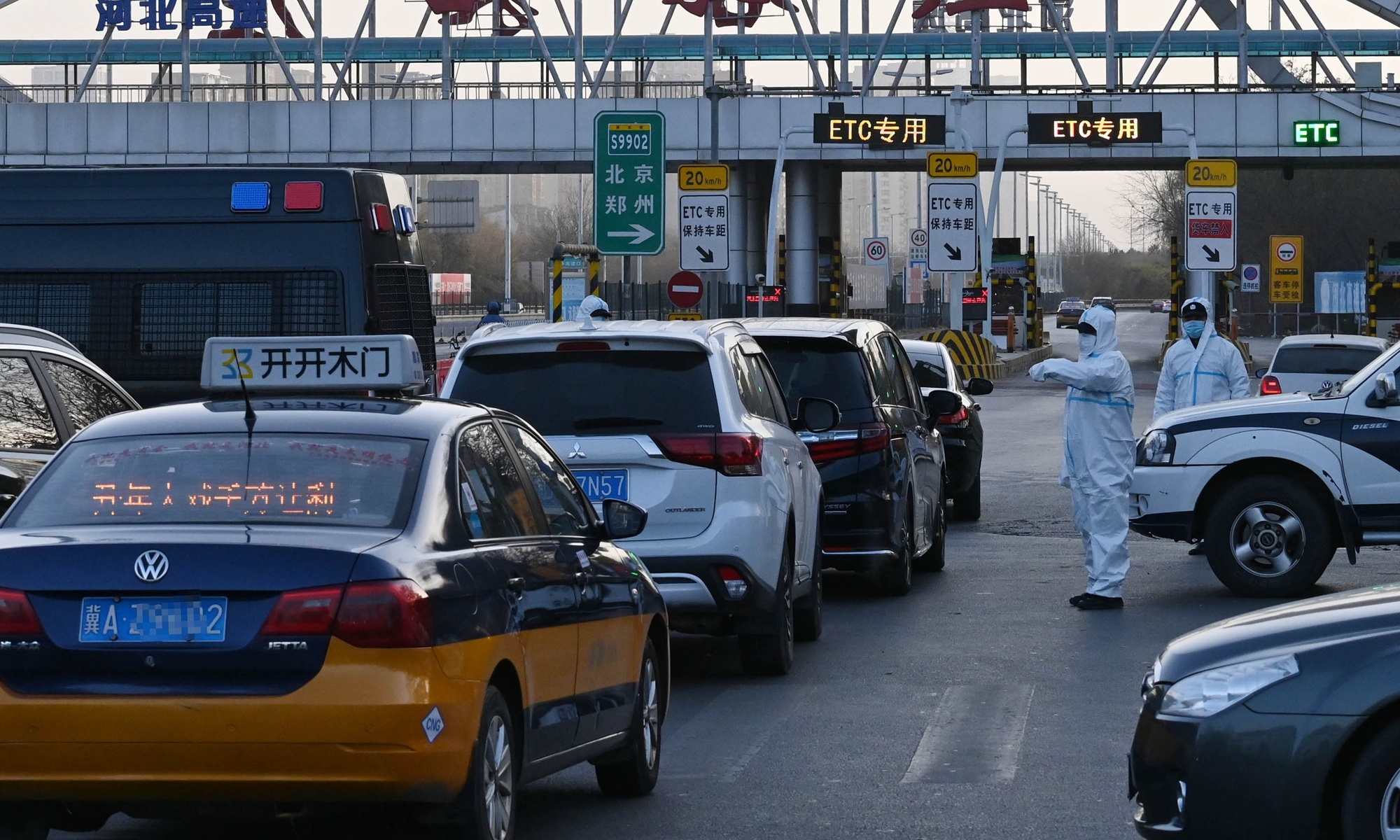 Jinzhong launched 24-hour controls on all inbound highways late Monday and the city has set up stations at entrances of highways linking Hebei to its three counties, urging cars from Hebei and other high and medium-risk areas to turn back. For those with special circumstances, Jinzhong will put in place closed-loop management, according to China Central Television on Tuesday.

The city also announced to cancel all group activities, including wedding ceremonies since Tuesday.

Gaocun village in Yuci district in the city of Jinzhong reported two asymptomatic coronavirus cases, said the local authority on Monday night, confirming that the two cases are related to infections in Hebei Province, where more than 500 people have tested positive for the virus in the latest outbreak.

Shanxi Province is the latest place to discover COVID-19 cases related to Hebei. Many places across China have speeded up the screening of individuals that may be connected to the Hebei outbreak.

The Global Times has learned that Gaocun village is organizing nucleic acid tests for all villagers to screen out possible infections.

Yuci district has asked primary school students to start their winter holiday on Tuesday, and junior and senior high school students (grades one and two) will begin their break on Wednesday.

Many cities in Shanxi have strengthened prevention measures to curb possible infections.

Yangquan, also in Shanxi, announced it will suspend bus services to Jinzhong from Tuesday, according to an emergency notification by the Yangquan Long-Distance Bus Transit Station on Monday night.