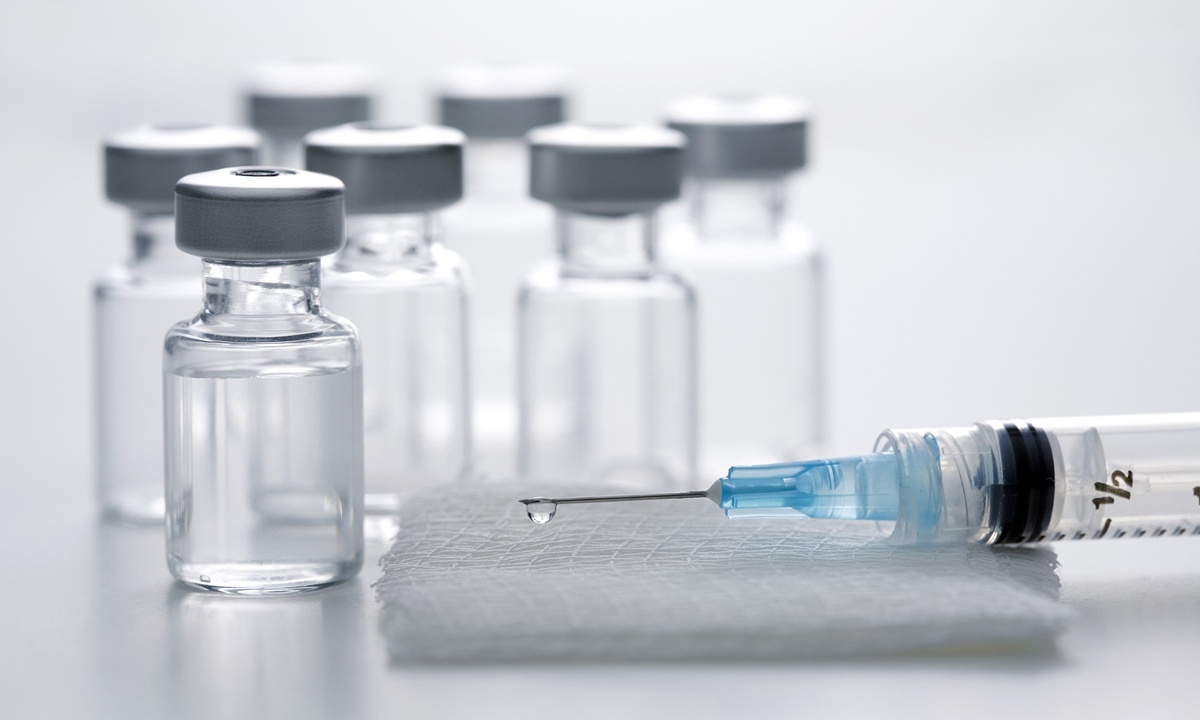 After some cities in eastern China, where many export-driven businesses are located, showed growing demand for coronavirus vaccination, China’s top regulators on drug development and epidemic prevention refuted Western media reports that China has expanded its vaccination program and has rolled out experimental vaccines to the general public, as they are still only for emergency use.

Emergency injection of the coronavirus vaccine, which is necessary to protect personnel who are exposed to a higher risk of contracting the virus, has been undertaken in line with relevant laws and regulations in China with the support of the World Health Organization (WHO), Zheng Zhongwei, an official from the National Health Commission (NHC) in charge of technology development, told a press conference on Tuesday.

The emergency use of vaccine has followed a rigorous scientific argumentation process and received approval by authorities, and so far, all those who have taken the vaccination under the emergency use plan have shown no severe adverse reactions, Zheng said.

The remarks came after some Western media reports mistook people being given access to the vaccine for emergency use as a signal that China had expanded the scope of those able to receive the experimental vaccines. The confusion came after cities in East China’s Zhejiang Province, including Jiaxing and Shaoxing, announced that local residents could get access to COVID-19 vaccine. The foreign media reports alleged that China was rolling out a mass vaccination campaign before the rigorous testing of vaccine candidates has concluded.

“We made a very careful expert demonstration in order to advance the emergency use of the coronavirus vaccines, which was led by a group of experts in the law, ethics and in clinical trials,” Zheng said, noting that the selection of vaccines approved for emergency use is in line with regulations, and they have gone through tests and shown positive results.

Zhejiang was the first province in China to announce that it will make arrangements for COVID-19 vaccinations for the public. They are categorizing different groups to receive injections, including the general public. Some cities like Jiaxing and Shaoxing also unveiled the prices for vaccination, and local residents can first register their request online.

Advancing emergency authorization of COVID-19 vaccines in China was misinterpreted by some reports as an aggressive campaign by Chinese authorities to give vaccines which are not yet ready to the public in a race against the West, raising concerns over the safety of the vaccines.

However, this interpretation is false, as health authorities said the use of vaccines is limited in terms of recipients and is in line with the law and safety protocols.

Contrary to media reports over the weekend of long lines of residents waiting in front of hospitals in Yiwu, a city in Zhejiang with a reputation as the world’s wholesale market, the Global Times saw few people waiting around the same areas on Tuesday. Local officials and doctors told the Global Times that the vaccines are only available for emergency use following careful selection of recipients.

“The vaccination is reservation-based, and it only covers key groups of people. Ordinary people have no access to the vaccines yet,” an official from the Yiwu Center for Disease Control and Prevention (CDC) told the Global Times on Tuesday.

Key groups of people covered by vaccines for emergency use include medics, workers involved in anti-epidemic prevention and control work, border control staff and those who ensure city operations and management, according to Yiwu city government. This is in line with the definition of primary vaccines users by the NHC.

Those who need to go abroad for study, business and work can apply online by uploading their information to an account run by their local federation for overseas Chinese. If an applicant meets the requirements, their local CDC will inform them, a doctor at a community hospital in Yiwu told the Global Times on Tuesday.

This is the procedure Zhejiang adopts to decide who will be among the first to receive the vaccination, the doctor said.

Shaoxing, another city in Zhejiang that was among the first to unveil the emergency use plan for the general public, also offers vaccination to limited groups, without further expanding beyond key group mentioned by the NHC, a staff member from Shaoxing CDC told the Global Times.

The emergency use of vaccine candidates has followed a rigorous review and approval procedure in China and is accordance with WHO rules, and so far, no one has exhibited a severe adverse reaction,  Zheng, the NHC official, said at the Tuesday briefing.

After approving emergency vaccine use in the country, China briefed the representative office of the WHO on the matter to obtain their ratification and support, the official added.

The phase III clinical trials will provide key indicators of the effectiveness and safety of the vaccines before they gain regulatory approval for sale and broad public use. The vaccines will have to be cleared for general use at the highest levels, including their certification, distribution and management. This involves several authorities such as the anti-epidemic office of the State Council and National Medical Products Administration, medical experts said.

“Local authorities in some cities in Zhejiang took steps even before central authorities concerning the vaccination, which sparked some confusion,” a Beijing-based immunological expert who requested anonymity told the Global Times in a recent interview.

However, such a rushed move could stem from the growing demand for vaccines in the province, which has a lot of export-oriented businesses. The province is home to many Chinese who often spend periods of time working and living overseas, as well as foreign business representatives and exporters who need to frequently travel abroad, observers said.

Some residents in provinces close to Zhejiang have expressed interest in the homegrown inoculations, especially those who have plans to go overseas.

“I heard we could get vaccinated here. I don’t know the effect yet but I’d feel more reassured if I could get one before I go on a business trip to Indonesia,” a resident from East China’s Fujian Province who came to Yiwu to check on the vaccination plan told the Global Times on Tuesday.