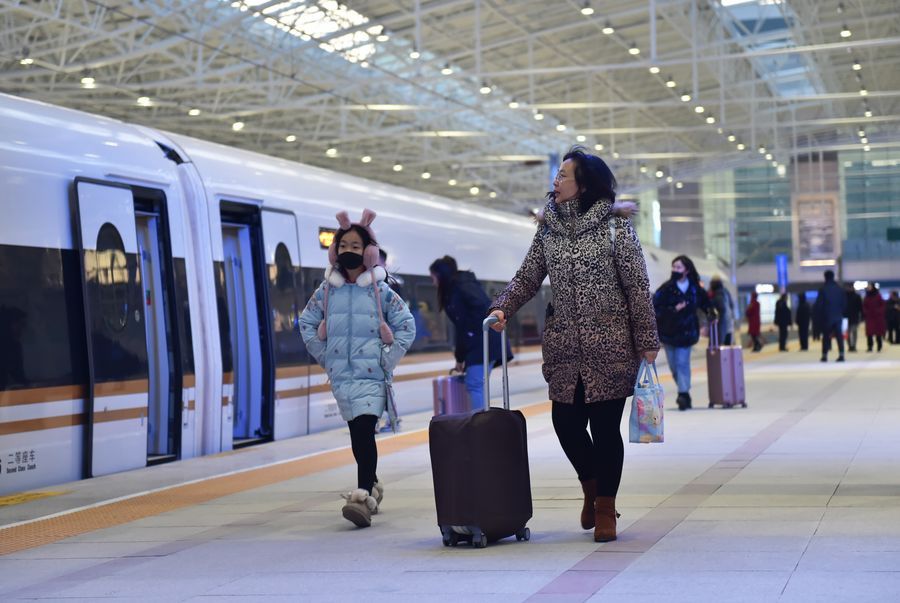 Passengers board a high-speed train in a railway station in Beijing, Jan 10, 2020. (Photo: Xinhua)

Beijing launched its highest level of emergency response to control the new coronavirus as three more people in the city have been diagnosed with the disease since Thursday, the municipal government said.

Twenty-nine people in Beijing were diagnosed with the disease by 2 pm on Friday, with one in critical condition, director of the Beijing Municipal Health Commission Lei Haichao said during a news conference held in Beijing on Friday afternoon.

The 273 people who have had close contact with the infected have been put under medical observation, and none have shown any irregularities thus far. The city also launched a level 1 public health emergency response - the highest level of response in China, Lei said.

The municipal government asked those returning to Beijing from infected areas to stay home for 14 days and avoid going out.

Shanghai and Chongqing also announced on Friday they had launched a level 1 response. Shanghai will enforce the measure that requires people from infected areas to stay at home or be quarantined in groups for 14 days, the municipal government said.

By Thursday, 20 people in Shanghai had been diagnosed with the disease and two are in critical condition, according to the Shanghai Municipal Health Commission on Friday.

Like many cities, Shanghai has canceled all large-scale public events.

Besides Beijing, Shanghai and Chongqing, Guangdong, Hubei and Zhejiang provinces have all launched the highest level of public health emergency response as of 3:30 pm Friday.