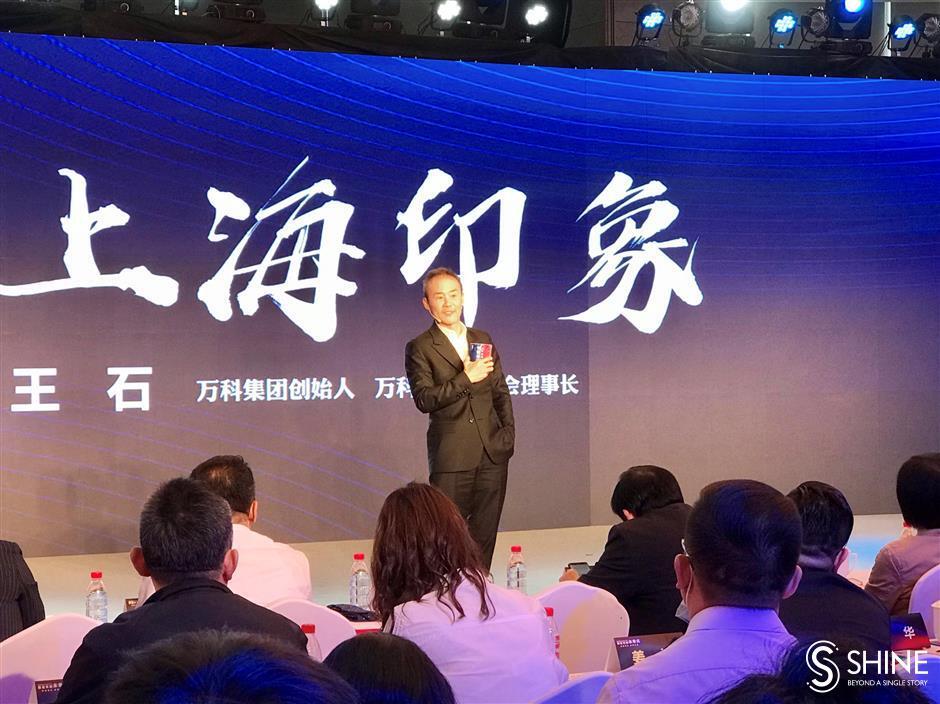 A report on the city's high-technology companies was released on Friday at the Innovation and Entrepreneurship Forum, as part of the Pujiang Innovation Forum.

According to the report, industrial giants such as Shanghai Huawei Technology Co account for no more than 0.6 percent of the city's high-tech companies, but their spending on research and development contributes to 34 percent of the total in the city.

"Shanghai's business environment and market is so good," he said. "I'm so thankful that my company entered Shanghai in early times."

Today, as well as an innovation environment, humanistic spirit is also important for a city to attract talent, and Shanghai is expected to improve the overall environment, he added.