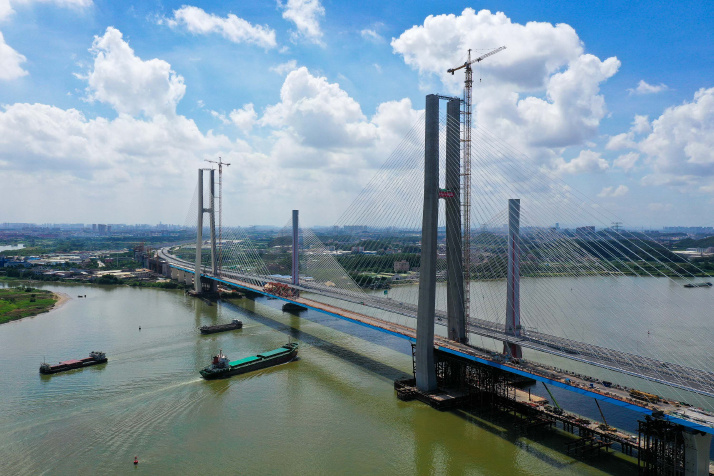 A railway bridge under construction between the cities of Foshan and Jiangmen, Guangdong Province in south China, on August 9.(Photo: Xinhua)

Cities get their characters from the characteristics of the people who live in them and cities that share the same neighborhood also have their residents sharing blood ties. The similarities they share create the possibility of coordinated development, which is the new trend in China's urbanization.

In 2010, the State Council chose three major urban clusters to spearhead smart urbanization. The vision was to create megalopolises consisting of several cities with the most developed one in each leading the development of the cluster. The way was by promoting transport and communication links that would result in better trade, economy and living standards.

Now, there are 19 city clusters in China: three super city clusters, eight medium-sized ones and another eight smaller ones. The super three are the Pearl River Delta, Yangtze River Delta and the Beijing-Tianjin-Hebei region.

In 2014, the National New-Type Urbanization Plan was issued, advocating a human-centered and environmentally friendly path to urbanization for the next decade. From there fast forward to July 30, when a key meeting of the Political Bureau of the Central Committee of the Communist Party of China decided on the arrangements for the economic work in the second half of 2020 as well as the long-term strategy for the 14th Five-Year Plan (2021-25) period.

A focus of the meeting was new urbanization, the integrated development of city clusters with institutional innovations, giving a new urgency to the drive against the background of a global recession due to the novel coronavirus pandemic and anti-China rhetoric by some U.S. politicians ahead of the presidential election.

Liu Shijin, Vice Chairman of China Development Research Foundation, which works on good governance and public policies, lauded the decision, saying structural potential can lead to economic recovery and long-term development better than macro stimulus policies. By structural potential, he meant the potential in advancing technology, urbanization and adjusting the structures of industries and consumption.

"In the next five to 10 years, high-paced development of metropolitan areas and city clusters will become the biggest structural potential for China's economic growth, marking new opportunities for the economy," Liu said.

According to the National Bureau of Statistics (NBS), the urbanization rate reached 60.6 percent in 2019. By 2035, 75 percent of the country will be urbanized.

"It's the current urbanization rate of developed economies," Xu Hongcai, Deputy Director of Economic Policy Commission, China Association of Policy Science, told Beijing Review. "Many developed countries have finished the process of urbanization, but the following 15 years are a historic opportunity for China."

He said urbanization would contribute to China's GDP growth by 1 percentage point per year in these years as rural agricultural workers transform from migrant workers in cities to actual city dwellers. As more people move from rural to urban areas, the demand for infrastructure will increase, which will stimulate investment. As their income rises in cities, it will also contribute to a higher standard of consumption.

Residents earn more and spend more in regions with a higher urbanization rate. According to NBS, the urbanization rate of the top 10 places with the highest per-capita consumption expenditure in the first half of the year, except one exception, surpassed 65 percent, much higher than the national average.

On March 13, the National Development and Reform Commission (NDRC) and other departments issued a guideline to enhance people's consumption capacity, especially by increasing the income of major groups. The household registration system has been reformed. More migrant workers who live in a city for a long time can transfer their registration from their hometowns to the city, which will help them get local benefits unavailable to those without a local registration.

The widespread renovation of old urban residential communities is an example. The government work report this year said 39,000 such communities will be renovated by 2020, double the number last year. China Development Bank and China Construction Bank alone are expected to provide 436 billion yuan ($62.9 billion) loans to nine cities in five years for renovation projects.

Liu Shihu, an official with NDRC, said at a press conference last month that apart from renovation, the investment will also go to the industrial chain, boosting sectors such as interior decoration and home appliances.

There is still ample investment and consumption potential to tap during the new urbanization drive. Last year, the per-capita fixed assets investment in public facilities in counties was only half of that in prefecture-level areas. In previous years, the gap had been even greater. The per-capita consumption of county residents last year was only two thirds that of residents in prefecture-level areas. Once these gaps are narrowed further, there will be a huge new demand. 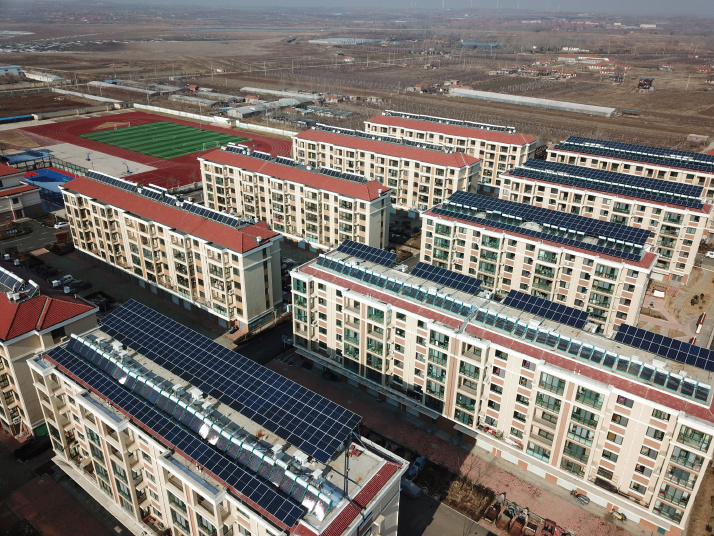 A community in a town in Shandong Province, east China, on January 15. Since 2019, the local government is merging 851 administrative villages into 142 to promote urbanization.

While contributing to economic growth, new urbanization will also lead to profound social development. Xu said to promote coordinated development of metropolitan areas and city clusters, it's crucial to integrate urbanization with industrialization. Urbanization is unsustainable without the support of industries; one-sided development will only create ghost cities whose residents have migrated to other places looking for jobs.

"It's not enough for rural migrants to live in urban residences, they need to find new jobs," Xu said. The new jobs they find in cities indicate a fundamental change from traditional agricultural development. The original pattern of a small-scale agricultural economy will be replaced by modern large-scale agriculture, which will upgrade the market and services. Large-scale operation of land will also become a common trend, giving rise to large agricultural companies.

According to NBS data, China's permanent urban population reached 848 million in 2019, with an urbanization rate of 60.6 percent. It means there are still around 552 million rural agricultural workers eyeing change.

The two-way flow will also stimulate reforms in institutions, the land use system, household registration and social security, ushering in dramatic changes, he added.

However, coordinated development does not mean monotonous development. Xu said it's important to avoid applying the same pattern to all metropolitan areas and city clusters as that would trigger competition and may also impact the environment.

"It's better to explore the core competitiveness of a place and to make full use of its advantages," he said. "Culture also plays a vital role. While green hills and clean waters should be the focus of new urbanization, nostalgia also matters in strengthening connections among cites."

The Guangdong-Hong Kong-Macao Greater Bay Area, a megalopolis comprising nine cities and two special administrative regions (SARs) in south China, is a perfect example of this. Though the cities have a political system different from that of the SARs, people in the region share the same culture and Cantonese dialect. They also possess the same pioneering spirit, going out to do business with other regions.

The similarities have created a natural intimacy in the region, helping people to put aside their ideological differences and instead focus on complementing each other's advantages, which has promoted integrated development. 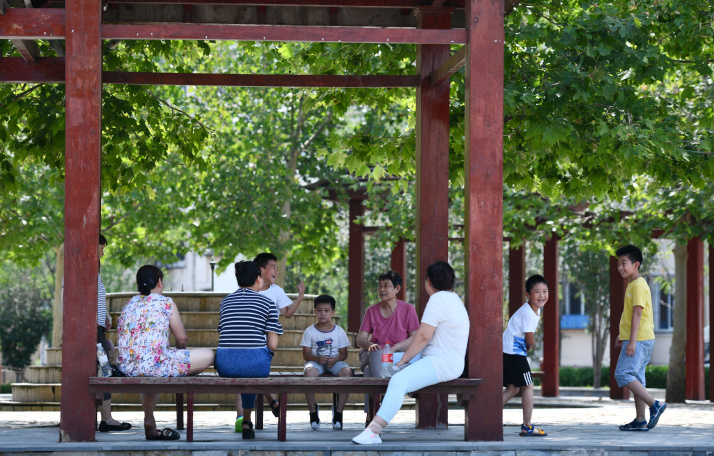 Residents relax at a village community in Tianjin, north China, on July 7.

Chinese leaders have always insisted that the new urbanization should be people-centric and ensure the prosperity of the people. The recent measures to ensure that include some provincial capitals making the registration easier for migrant arrivals.

However, while local governments are supporting migrant workers to become real urban dwellers, Chen Mingxing, an associate researcher with the Chinese Academy of Sciences, told The China Times that the escalating housing prices in many cities have become a major obstacle.

"The cost for migrant workers becoming urban residents continues to rise, increasing the difficulty in urbanization," he said.

Meng Wei, a spokesperson for NDRC, acknowledged at a recent press conference that there is still a gap between urban infrastructure supply and the scale of population, with investment and financing still not up to the mark. Therefore, he said, the next priority should be the urbanization of counties to address the shortcoming.