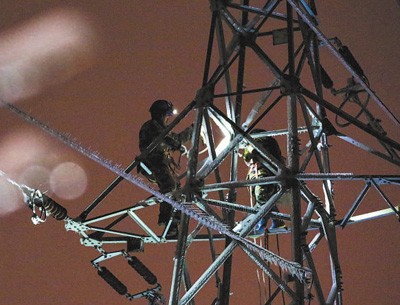 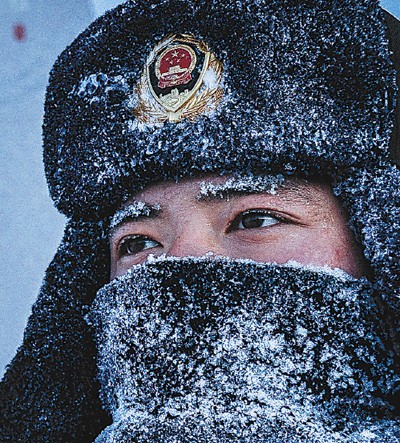 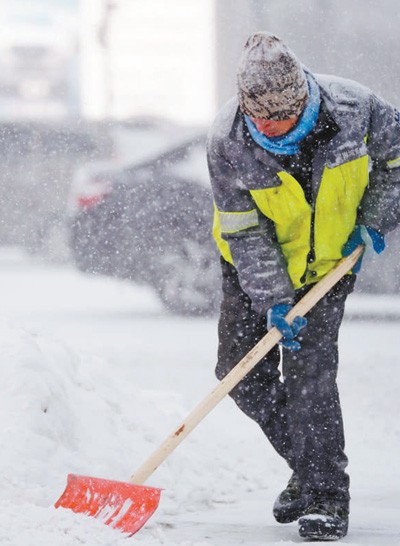 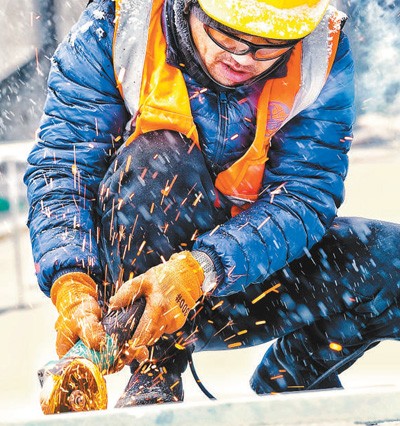 Sparks fly at the construction site of the National Ski Jumping Center for the 2022 Beijing Winter Olympics on November 21. (Photo: People's Daily)