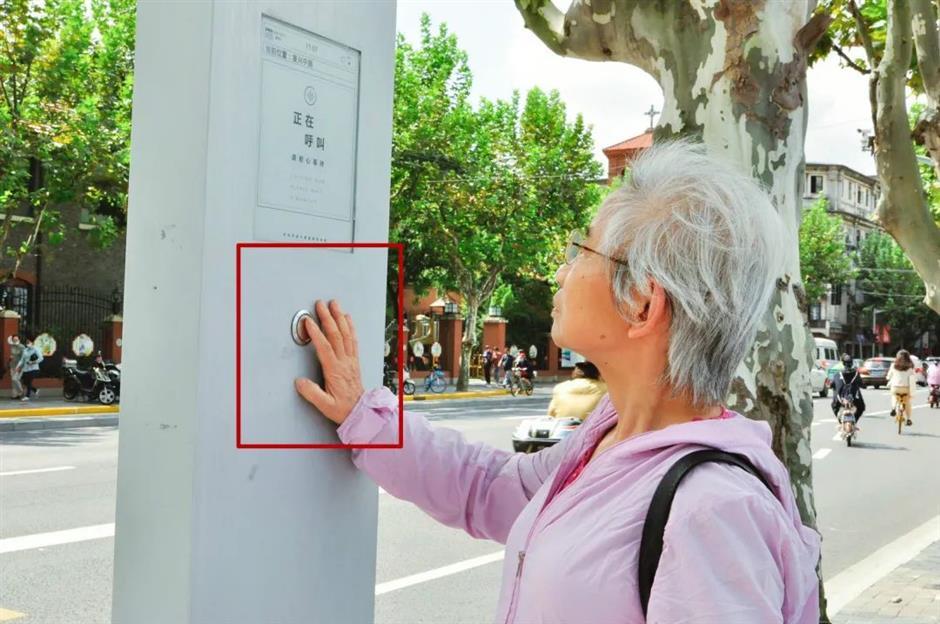 A woman hails a taxi by pressing a button on a cab stand.

People in Shanghai will be able to call a cab by pressing a button or scanning their faces thanks to one of the new smart applications to be launched by the city's transport authority this year.

Another 100 taxi stands will be built across the city with a calling button on each one. The new intelligent scenario that will be available in local communities will primarily benefit the elderly who cannot call taxis on smartphones.

Their identities and travel requests will be verified via facial recognition and sent to nearby drivers, said Yu Fulin, director of the Shanghai Transport Commission.

It has become increasingly difficult for seniors to catch a taxi on roadsides, especially during bad weather, as most drivers receive ride requests through mobile apps.

"This is part of the commission's efforts to continue driving the digital transformation of Shanghai's transportation system and offer more convenient services," Yu said.

Another smart scenario, "easy parking," will be introduced this year to address the imbalance between cars and parking spaces in the city. 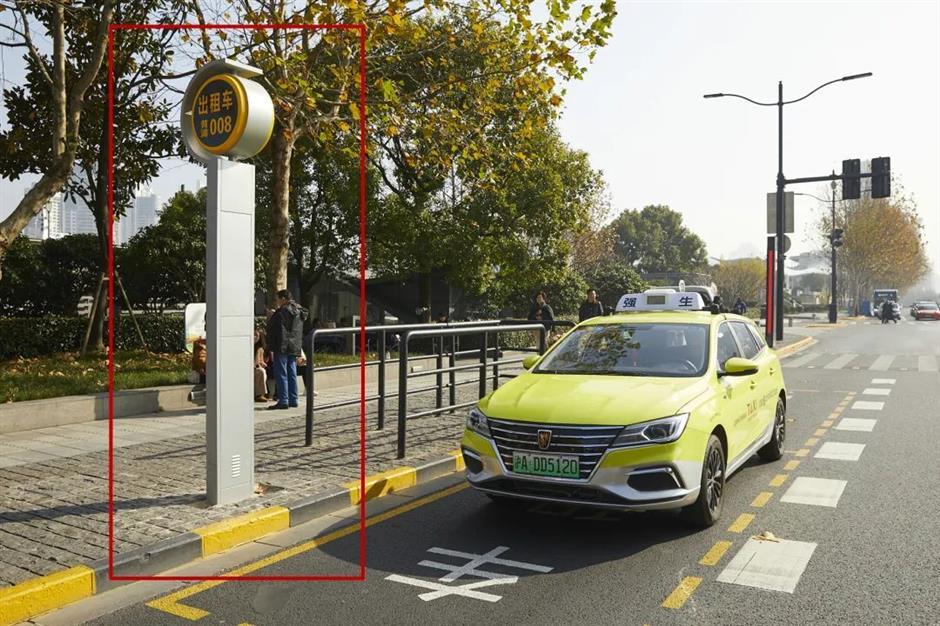 A hundred taxi stands will be built across the city with a calling button on each one.

Shanghai Parking app, which covers more than 4,300 parking lots and 890,000 parking spaces, provides services such as nighttime parking sharing at shopping centers, reserving parking spaces at hospitals and traffic hubs such as airports and train stations and paying for parking fees.

Yu said the parking resources, payments and reservations will be integrated into a single system for the convenience of local drivers.

Shanghai is renovating some of its key expressways into smart highways that can analyze the causes of congestion and offer intelligent real-time guidance to drivers. The G15, S32 and G50 expressways will be part of the first group to turn intelligent, Yu said.

Meanwhile, construction is in full swing on 50 transport projects across the city.

Metro Line 14, which links Fengbang in Jiading District and Jinqiao in the Pudong New Area and passes through Putuo, Jing'an and Huangpu Districts, will open to the public by the end of the year. It will be the last Metro line in the city's central districts to have trains with eight carriages to accommodate the large number of passengers expected.

Phase 1 of Metro Line 18 will also open by the end of year. The 36.8-kilometer, 26-station line will begin at Changjiang Road S. in the north and run through Baoshan and Yangpu districts and the Pudong New Area.

Other projects set to open this year include the west section of the Beiheng Passage, the S7 Highway and Jiangpu Road Cross-River Tunnel.