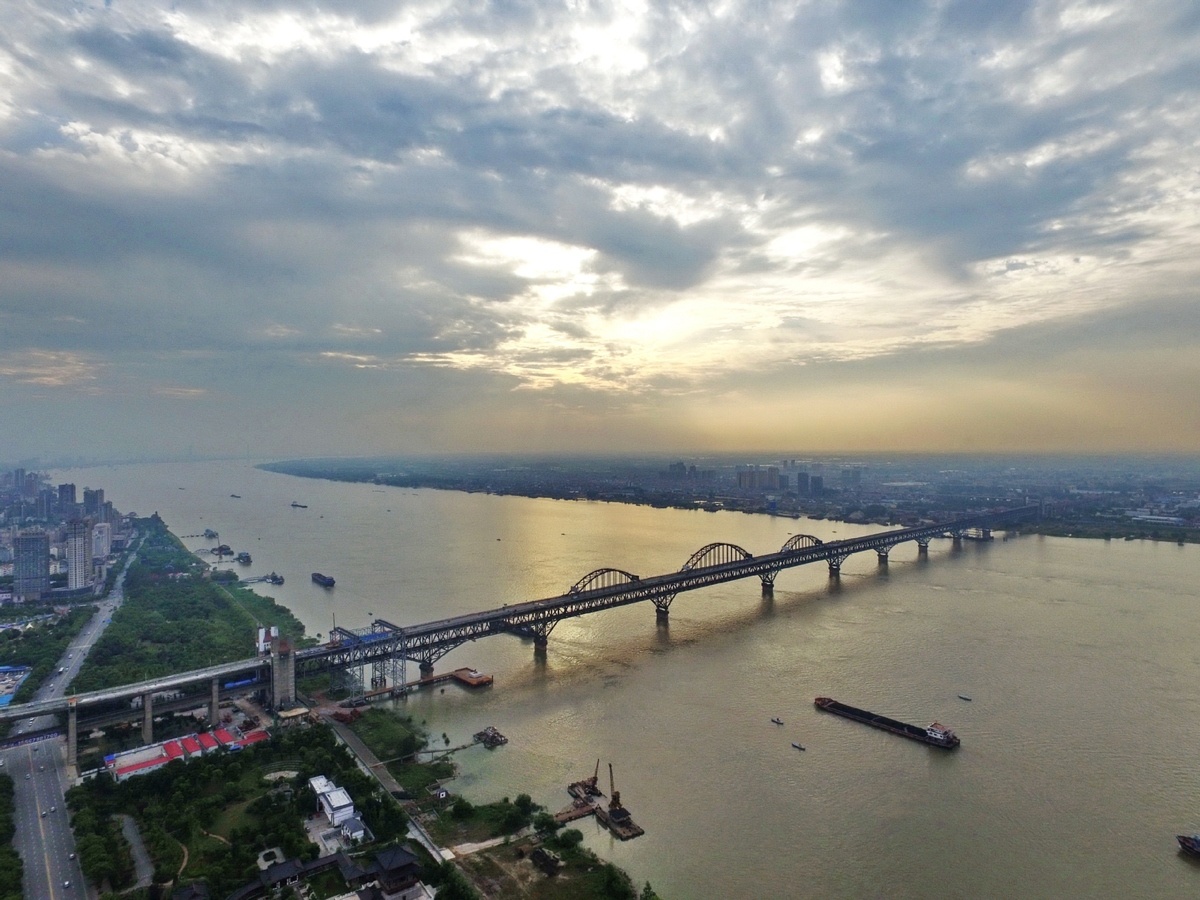 A view of Jiujiang section of Yangtze River. (Photo: Xinhua)

In Jiujiang, Jiangxi province, real-time monitoring systems are playing an important role in protecting the environment, under broader protection efforts from cities along the Yangzte River.

Jiujiang lies at the junction of Poyang Lake and the Yangtze, China's longest river.

The city, which contains two-thirds of the lake's surface area and 152 kilometers of Yangtze riverbank, has made significant efforts improving water quality with smart technologies.

"The water quality here has a big influence on downstream cities along the Yangtze River," said He Yanqiang, a local environmental official, adding that sewage disposal is an important aspect of reducing pollution.

In 2018, the China Three Gorges Corp launched a project in Jiujiang to protect the Yangtze River, which involved building a number of sewage disposal plants equipped with real-time monitoring systems.

"We use closed-circuit television to investigate the network of underground pipes one by one, fixing leaks as they were found," said Kuang Rongfa, deputy director of Jiujiang's city administration bureau.

Jiujiang is now exploring the construction of a smart pipe network that will allow the supervisory department to track water quality throughout the city.

Further improvements are evident in Pengze county, where a real-time monitoring system has been installed at several local enterprises, helping the government supervise eco-friendly industrial production.

Jiangxi Changfeng Industrial, which runs a quarry in the county, is making use of the system. It can provide real-time data on local environmental factors, including temperature, humidity, PM 2.5, PM 10 and noise.

"The supervision department will receive an alert if any item exceeds the standard," said Yang Heping, deputy general manager of the company.

With sci-tech solutions being implemented along the Yangtze River, cities like Jiujiang can look forward to cleaner water and a healthier environment.