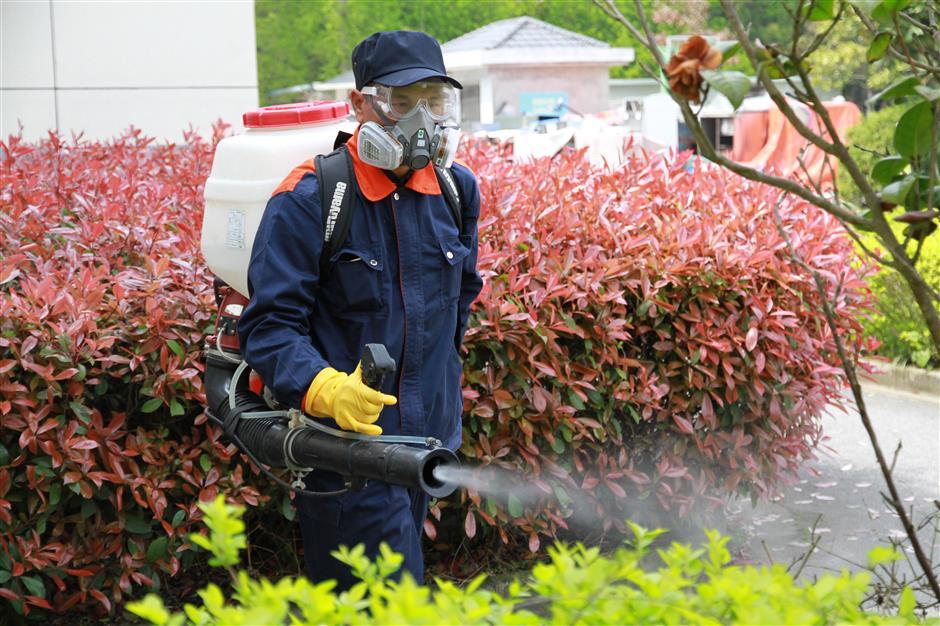 The city has completed an emergency pre-plan, a regular process and professional team for vector-born diseases, the Shanghai Health Commission said today.

The period between May and October is the peak season for worm-related diseases like dengue fever, which falls during the China Flower Expo in May and just before the China International Import Expo in November.

The Shanghai Center for Disease Control and Prevention has created a vector prevention plan for the flower expo in Chongming District, and worked out a special plan targeting the expo for infectious disease prevention and control, according to Shi Jianhua, vice director of the Chongming District Health Commission.

Concerning the peak season for mosquitoes in the city between mid-April and mid-October, the center has prepared a monitoring and vector alert mechanism to conduct mosquito control measures whenever an imported or local dengue fever case is reported.

Professional teams can arrive at the scene within two hours of receiving an alert, officials said.

“The vector-born disease prevention and control mechanism is an important tool for the local public health campaign,” said Lu Taohong of the Shanghai Health Commission.