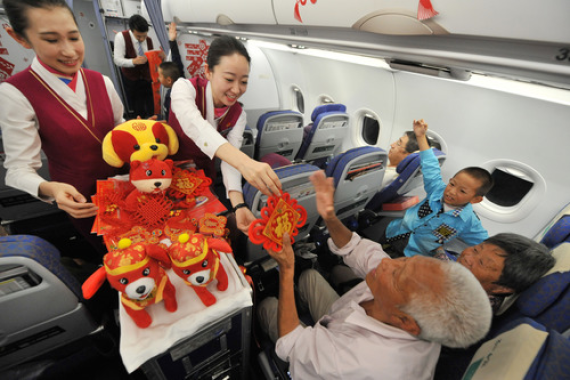 The figure was 3 percentage points more than that in 2017, said the mid-term evaluation report of the civil aviation development in the 13th Five-Year Plan released by the Civil Aviation Administration of China (CAAC).

By the end of 2018, China had a total of 235 certified transport airports, which could extend to more than 90 percent of the country's prefecture-level cities, the CAAC report said.

China is now the world's second-largest civil aviation market. It is expected to become the largest by the mid-2020s, according to the latest forecasts by the International Air Transport Association (IATA).