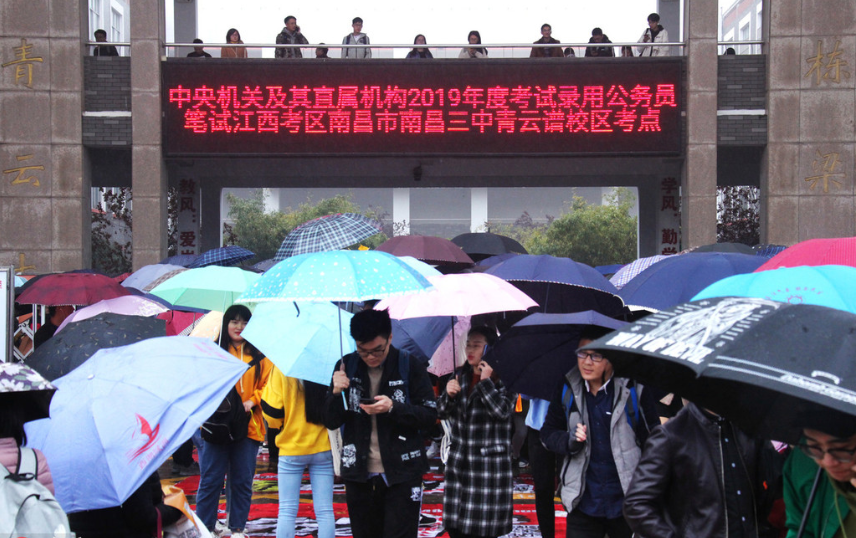 Candidates walk out of the No 3 Middle School in Nanchang, East China's Jiangxi province, after taking the national civil servant exam on Dec 2, 2018. (Photo: IC)

Graduates are encouraged to apply for grassroots positions in remote areas

College graduates are being encouraged to work at grassroots positions as the annual national exam for selecting civil servants opened for registration on Tuesday, according to a release by the State Administration of Civil Service on Monday.

People can apply for the available positions until Oct 24, and the written examination will be held on Nov 24.

College graduates are encouraged to take positions in remote areas to support developments there.

Once they have gained experience, they can seek higher level positions. For those jobs, the administration prefers candidates with two years of working experience to optimize the staffing structure of central agencies and their affiliated institutions.

Required test scores or educational certificates will be lowered for candidates willing to apply to vacancies in remote areas with harsh conditions, according to the administration.

Xu Xiaodong, a 23-year-old from Shanghai studying finance who will graduate next June, said that nearly 30 percent of his classmates are applying for the examination this year.

"Most of my peers are applying for the exam because they want a stable job, as I do," he said.

"I also sent my resume to some companies, but if I pass the examination, I think being a civil servant is a better choice for me."

Political integrity will be a primary criterion, the administration said. Recruitment will also be based on the candidate's test scores, health and overall quality.

According to the administration, people who have been blacklisted for poor credit or those expelled from the Party are not allowed to take the examination.