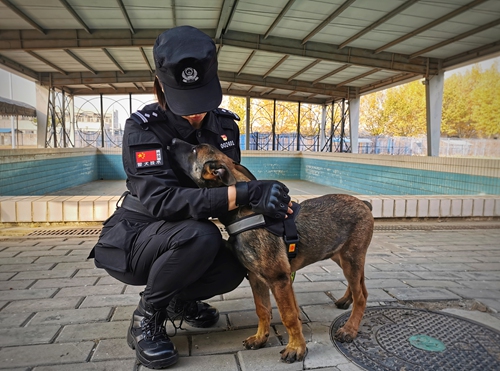 Four members of the cloned K-9 unit were born during a single birth, marking another world's first, said PSB officer and veterinarian Ma Jinlei with the dog technical detachment division, to the Global Times. 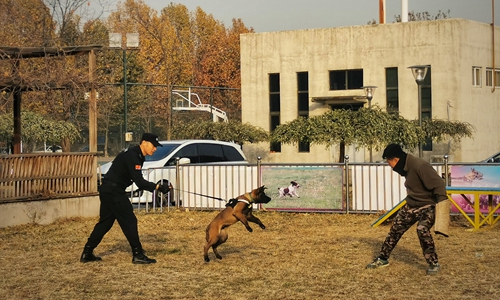 A cloned K-9 during a training session in Beijing.  (Photo: Global Times)

Five of the K-9 clone were from Sijiding, a five-year-old male sniffer Belgian Malinois, and a member of the Beijing police. And one clone from A'rui, a four-year-old K-9 male, trained at biting and attacking, and the same breed as Sijiding, according to Ma.

Sijiding was recognized by the Ministry of Public Security as a meritorious dog, for contributions made from sniffing out explosive devices and materials.

The K-9 pups were born in early August at an experimental lab with the Beijing-based Sinogene Biotechnology Company, and with the support of the Ministry of Public Security, Ma noted.

A study revealed the cloned K-9 DNA was over 99 percent similar to their donors.

The birth of the six K-9s marked a breakthrough in animal clone technology and will significantly reduce the amount of time it takes to train dogs, Wang said.

After conducting a series of tests, Liu Shasha, a dog trainer at the Beijing Dog Base of Public Security, said the cloned dogs show better potential than normal-bred police dogs.

The abilities of the cloned K-9s are already similar to a six-month-old normal-bred police dog, Liu noted.

Ma said preserving K-9 blood has always been a challenge for breeders, as traditional methods diluted the original, making the subsequent generation's genes hard to manipulate.

The advanced K-9 clone technology would address those problems and lower fail-rates at the puppy stage, Ma explained.

Ma also noted they will continue to work with biotechnology companies on cloning K-9 litters and establish a somatic cell bank to preserve and breed high-quality dogs. 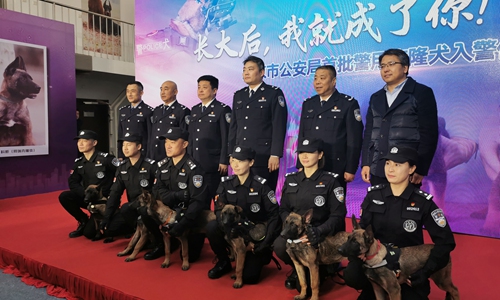