Cloud technology is being used to make poverty alleviation programs smarter and more targeted in Northwestern China and so far it's made a real difference, according to experts and officials in the region.

To prevent people from slipping back into poverty, the government in Liuba county – administered by the city of Hanzhong in Northwest China's Shaanxi province – tried something innovative.

The authorities there worked with the China Mobile Cloud Capability Center in July to introduce a comprehensive service platform, for continuous tracking and analysis of people who have emerged from poverty.

In addition, a series of open online training courses have also been held in Northwest China's Gansu province, to empower people working on the frontline of poverty alleviation.

These courses cover diverse subjects, including the integration of culture and tourism, rural revitalization and the development of the county economy.

Local officials said that thanks to China Mobile's cloud technology, a livestreaming platform capable of accommodating massive data was installed in the province in three days. 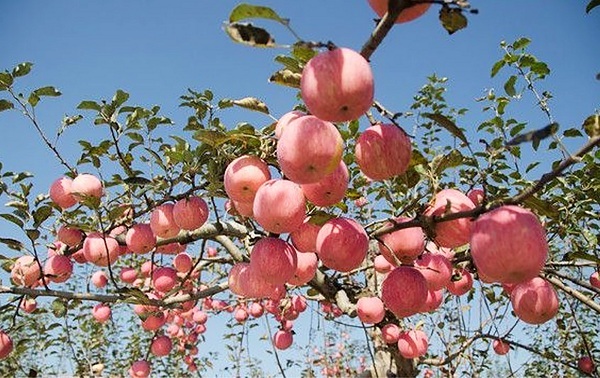 Apples growing in Mawang village in Shaanxi province are now being sold further afield, thanks to the use of new technology. (Photo provided to chinadaily.com.cn)

"Some 279,000 people have so far registered on the platform and we are all proud to help with the poverty alleviation efforts," he added.

Apple planting is a leading industry in Mawang village of Yan'an in Shaanxi province. Due to its remote location, the village had difficulty in selling its apples and it remained locked in poverty for years.

But last year, with the cloud technology support of China Mobile, things began to change. Now, local farmers are not only able to monitor the growth of their apples via an intelligent monitoring system installed in the orchards, but they are now selling their fruit online through a digital platform.

According to Liu Xiaoping, a representative of China Mobile Cloud Capability Center in Shaanxi, this initiative is based on movable cloud technology and the experience can be shared with more villages.