BEIJING, Jan. 30 (Xinhua) -- The Central Military Commission (CMC) has demanded in a recent guideline accelerated construction of a new type of military management system and urged for fundamental transformation in the way the military is run. 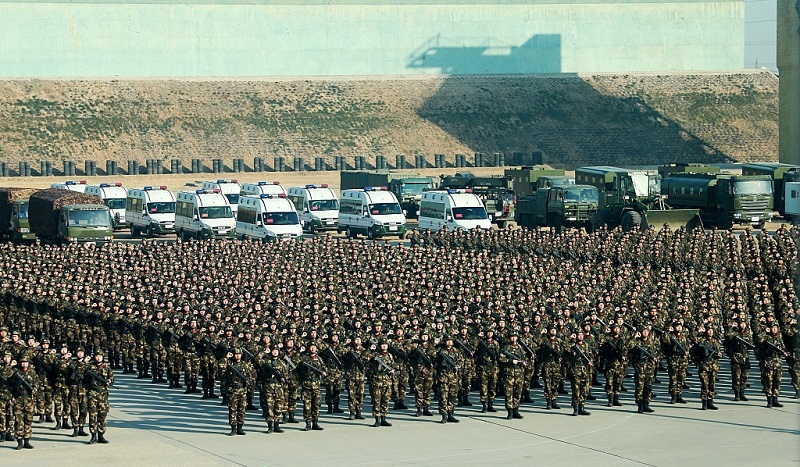 The guideline stressed the need to consolidate the guiding status of Xi Jinping's thought on strengthening military capabilities and deepen the troops' study and implementation of Xi's important exposition related to military.

It noted that the leadership of the Communist Party of China over the military must be "firmly grasped."

The CMC also demanded commanders and political commissars take the lead and shoulder their responsibilities in the management of the troops.