The inactivated vaccine developed by the China National Biotec Group (CNBG) affiliated with Sinopharm has been proved safe and effective in three-shot vaccination clinical trials among people aged three and above. 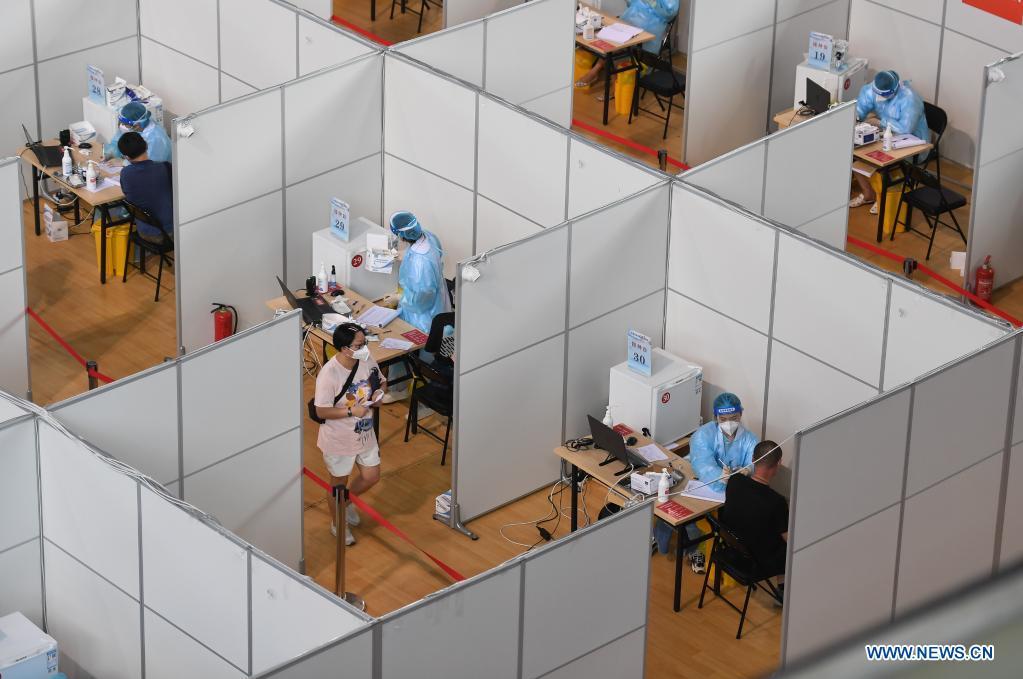 Residents get inoculated against the COVID-19 virus at a vaccination site in a stadium in Nanjing, capital of east China's Jiangsu Province, Aug. 2, 2021. [Photo/Xinhua]

The CNBG said in a post on Weibo that data from phase I and phase II clinical trials done by it shows the three-shot vaccination plan produced more robust immune responses among volunteers than the two-dose plan, especially among people over 18 years of age.

There was no significant difference in the total incidence of adverse reactions among people above 18 following their second and third shots, according to the company. The most common local adverse reactions were pain, followed by erythema, swelling and itching.

For volunteers between three and 17, common adverse reactions after their third shots were fever and pain at the injection site.

The CNBG said that taking a third dose can better protect people against COVID-19 in the long run, though currently, it is more important to complete the two-dose vaccination schedule to reduce the risk of virus transmission and build an immune barrier.