Despite Western media's self-claimed fairness and balance in their reporting, how they report the ongoing Hong Kong protests has proved otherwise. 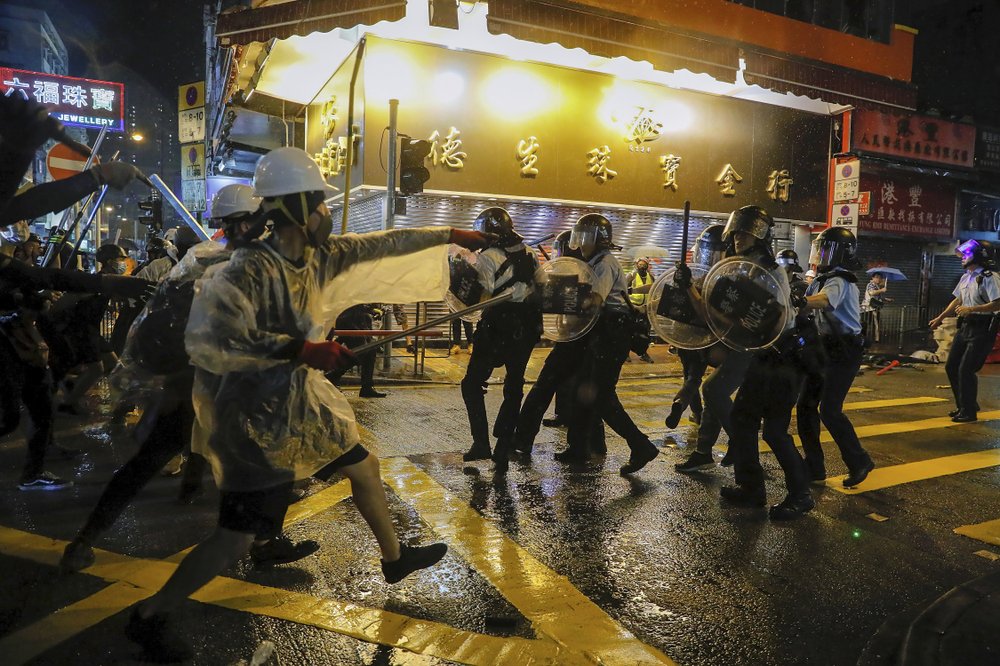 According to Hong Kong police, CNN has apologized for their erroneous reporting when covering the violent protest on the night of August 25.

In a letter sent to police on Wednesday, CNN Hong Kong's Vice President and Bureau Chief Roger Clark informed them that a headline was temporarily displayed on the CNN website saying "Police use petrol bombs and water cannons against Hong Kong Protesters," which he admitted was "erroneous" and later "replaced."

CNN apologized for this error and said it is "working hard to ensure that reporting of the Hong Kong protests is fair and balanced at all times."

On the night of August 25, police used water cannons for the first time to disperse protesters, but they were used to direct water at barricades only, and not protesters, in order to quell the riot.

Meanwhile, the rioters threw petrol bombs at police, rather than the other way around as shown in an edited CNN video clip, police said at a press conference on Wednesday.

This was not the first time that Western media and some local media in Hong Kong covered the months-long anti-government protests in a biased way, seriously misleading public opinion.

On Sunday night, when several police officers were besieged by black-clad protesters at Sha Tsui Road in Tsuen Wan, police officers pointed their guns at radical rioters while some reporters stood in their way.

Without giving a full explanation as to why police officers raised their weapons, these reporters chased them and accused them of committing violations by waving firearms at unarmed citizens and reporters. But they failed to explain the reason why police officers raised their guns, as at one point, several officers were attacked by over 100 rioters armed with weapons including bricks, umbrellas, batons and iron bars, putting their lives in danger.

On August 24, a photo was circulated online showing dozens of reporters focusing their cameras on a special tactical squad officer who hid in a corner pointing a gun at protesters. The photo is evidence that how reporters could easily distort the truth when only reporting what they want to believe.