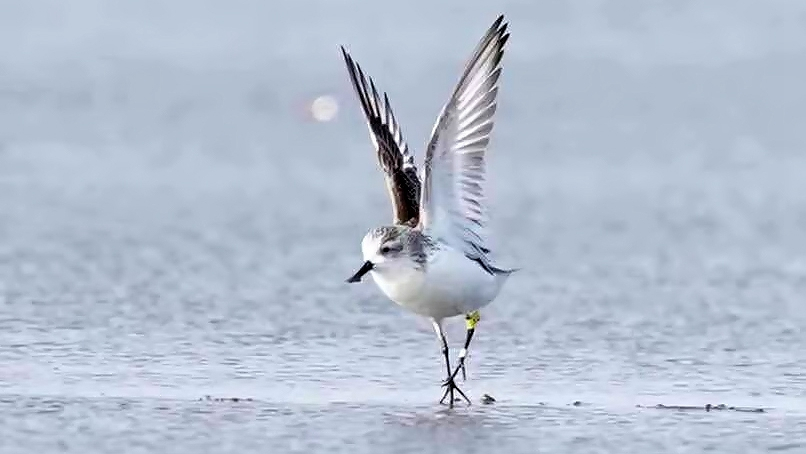 One of the world's rarest migratory birds, barely a few steps away from extinction -- Spoon-billed Sandpiper -- has been sighted at various coastal areas in China.

Declared critically endangered by the International Union for Conservation of Nature (IUCN), less than 650 Spoon-billed Sandpipers survive in various parts of the world.

Tiny in size, these birds undertake an annual marathon migration of 7,000 kilometers to breed. En route to their breeding grounds, they make a three-month stopover at Tiaozini mudflats in east China's Jiangsu Province to moult -- a process of replacing wing feathers -- before continuing their journey to Russia.

According to the survey, 13 birds were sighted in the Leizhou Peninsula located at the southernmost tip of the Chinese mainland.

"The sighting covers about 3.7 percent of the bird's total population. Such a large presence of Spoon-billed Sandpiper is due to China's ban on reclamation that has revived its wintering ground," Yifei Jia, a post-doctoral researcher with the School of Nature Conservation, Beijing Forestry University, told CGTN.

Within a year, tidal waves are reviving the natural habitat for a range of migratory birds, Jia added. From 1950 to 2000, nearly 53 percent of the country's temperate coastal wetlands were lost; landfilling was identified as a significant reason for the destruction.

Professional bird watchers from 13 organizations and over 100 freelancers participated in the survey.

"Regular monitoring helps conservationists and policymakers identify the most important sites and prioritize their protection so that this charismatic bird can be saved from extinction," Townshend added.