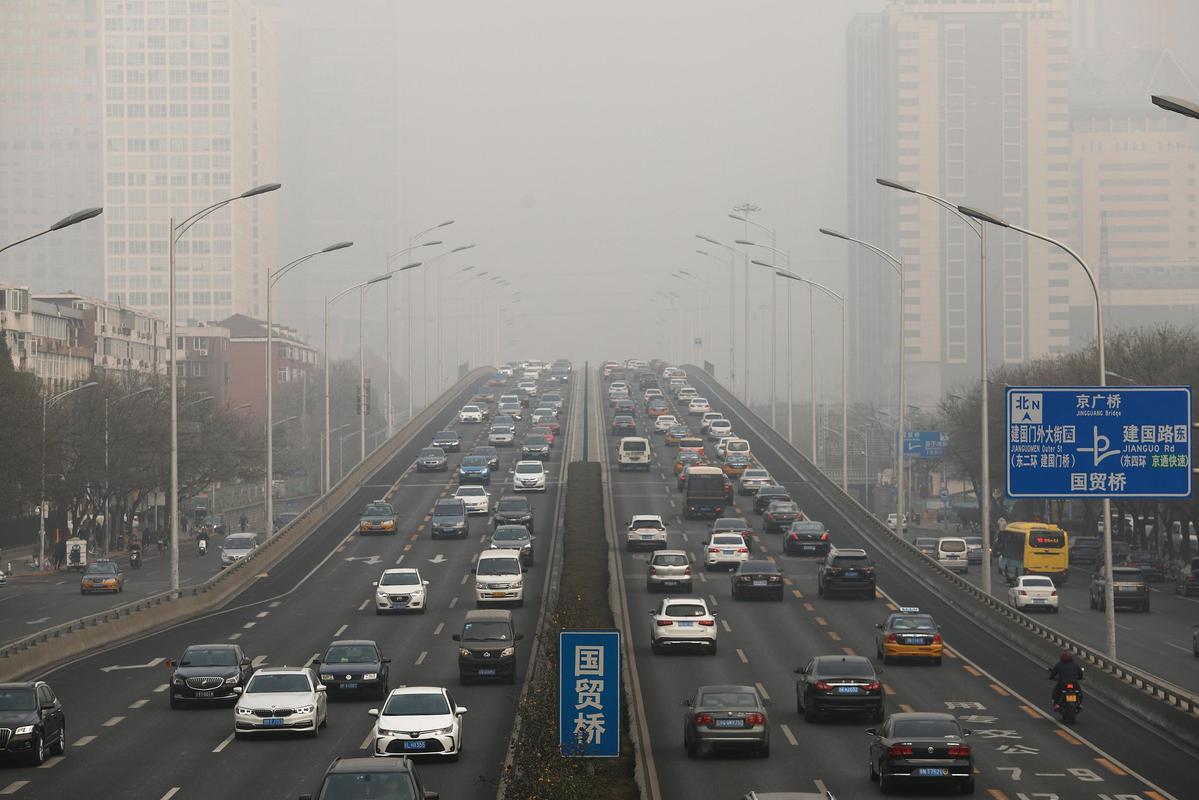 Heavy air pollution present in the Beijing-Tianjin-Hebei area and neighboring regions since Sunday is expected to last till Tuesday morning as a result of low wind speeds and temperature inversions, experts said.

The National Meteorological Center forecast that the smog will gradually weaken on Tuesday, from the north to the south, because of the arrival of cold air on Monday.

Beijing authorities announced the whole city area reached the fifth level of the air pollution scale on Monday, the second-highest level in the six-tier system.

That meant the average density of PM2.5, hazardous fine particulate matter, was between 150 and 250 micrograms per cubic meter of air.

A research study by Tsinghua University on the latest air pollution in Beijing showed pollutants from surrounding regions were the major source, contributing 61 percent of the pollution, with the rest produced in Beijing.

Shandong and Henan issued a red alert for heavy fog on Monday, following Hebei on Sunday.

Experts gathered by the national air pollution authority analyzed the reasons for the pollution and likely developments.

Wind speeds in the Beijing-Tianjin-Hebei area and neighboring regions were lower than 2 meters per second, which led to the accumulation of emitted pollutants, the experts said.

"The authorities should strengthen control of coal-fired power plants, gas-fueled vehicles and industrial emissions in the major polluted cities," they said.