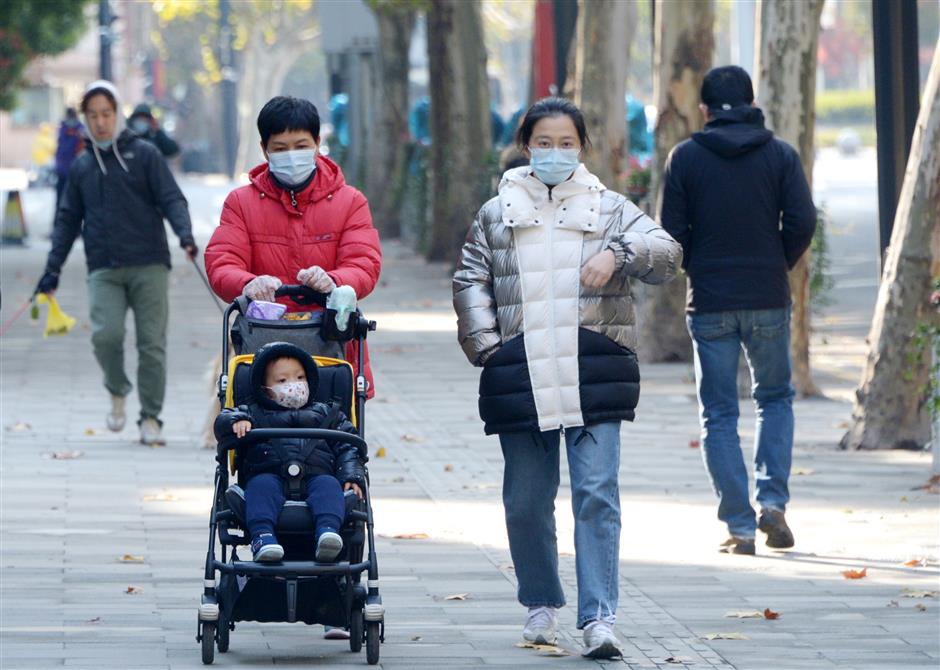 The strongest cold front in the past 30 years hit Shanghai on Saturday, along with strong winds.

Saturday was sunny, but the mercury hit minus 1 degrees Celsius in the morning, with a high of only 4 later in the day.

The city's meteorological bureau had issued a blue cold alert and a blue gale alert on Friday, both the lowest level in the weather warning system.

The frigid weather triggered a yellow low-temperature alert, the second lowest, at 4:40pm Saturday, warning the low in downtown areas will drop below minus 3 degrees over the next 24 hours.

Moreover, Sunday and Monday are expected to be colder with the mercury ranging from minus 4 degrees Celsius to 7 degrees.

The weather is predicted to warm up on Tuesday when the high will return to more than 10, and low to over zero.

From next Wednesday, a week of cold and dry days are forecast with temperature between 1 and 8 degrees.

This year's 22nd solar term, dongzhi, or Winter Solstice, will fall next Thursday, marking that the coldest period of the winter is coming. 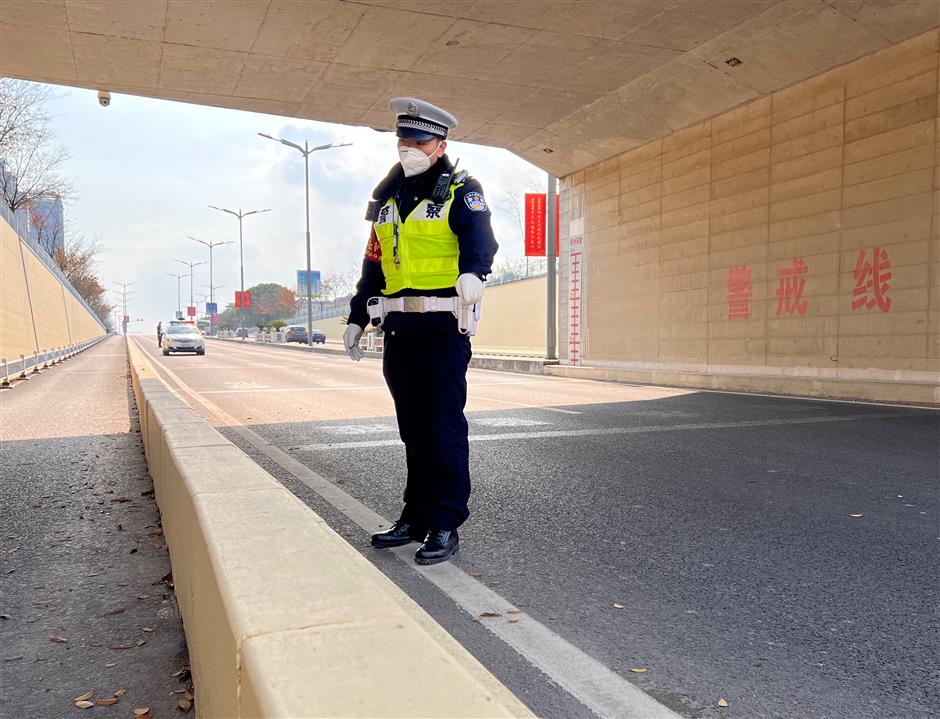 Local relevant departments, such as public security and civil affairs bureaus, have fully prepared for the cold period.

The traffic police have increased their manpower on road patrols by half to meet with emergency situations.

They have also prepared spades, salt and other tools in advance.

Police officers check the identification of a truck driver amid Saturday's chill.

Also, the city is weaving a protection network for its most vulnerable groups.

Neighborhood and village committee officials and community volunteers have been ordered to step up efforts to closely follow the health conditions and daily life of elderly citizens across the city, particularly those living alone or at an advanced age, according to the Shanghai Civil Affairs Bureau.

Senior homes have been ordered to implement a 24-hour shift system and conduct self-examination to eliminate potential risks.

Officials responsible for children in communities are beefing up visits to learn the needs of children in plight and help them get through the chill.

Civil affairs authorities will team up with police and urban management authorities to step up patrols round the clock on streets to deliver help to the homeless.

Areas such as railway stations, entrances and exits of Metro stations, green spaces and areas under bridges will be particularly targeted as the homeless usually gather there, the bureau said.

For those who do not want to go to shelters, free hot water, instant noodles and quilts are being distributed with cards containing contact details of shelters attached.

Residents, sanitation workers, bus and cab drivers, and night-time security guards are encouraged to call 110 or 12345, a 24-hour government-run, public-service hotline, if they discover homeless people in need of assistance.