Cold wave to strike next week 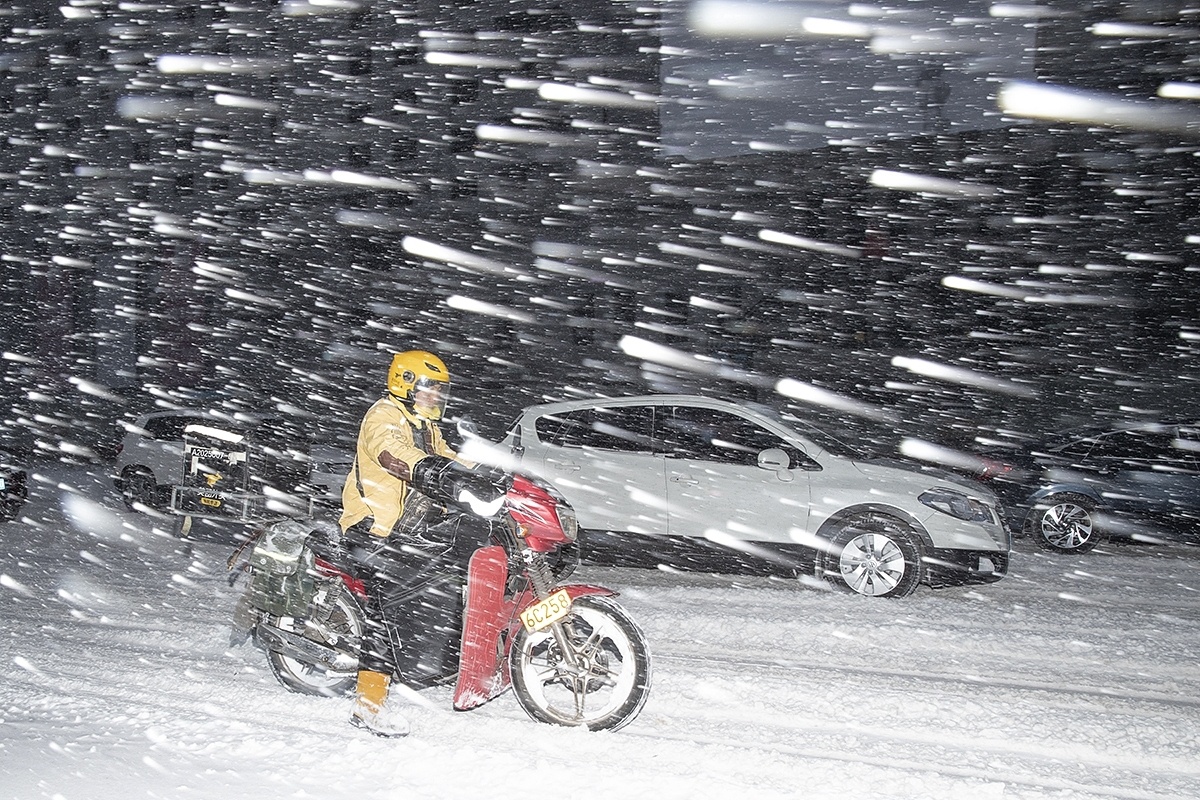 A strong wave of cold air is expected to rage through northern China from Monday to Thursday, dropping temperatures in more than 25 cities to record lows, according to the National Meteorological Center.

The wave, described by the center in an announcement as the "strongest so far this year", is going to sweep across the country from north to south with rain and snow.

The center said it will impact about 80 percent of the country's land and hit some middle and eastern cities with the coldest beginning of the year in the past eight years.

North China, the eastern section of Northwest China, the area between the Yellow and the Huaihe rivers, and lower reaches of the Yangtze River, will be the worst hit, with a sharp temperature decline by 12 to 14 C, according to the center.

"Due to the strong cold wave, most regions will see new low temperatures in the coming week. And the sharpest temperature drop will be seen on Tuesday and Wednesday," said Zhang Juan, analyst from the China Weather News.

The cold wave is going to bring the coldest New Year's Eve to some cities, she said.

Zhang said cities in Northeast China, such as Changchun in Jilin province and Harbin in Heilongjiang province, will fall to -26 C.

In the Beijing-Hebei-Tianjin city cluster, Zhang said temperatures will also drop to -12 C.

Together with heavy wind, Zhang said, people will feel even colder in the coming week and added that rainfall resulting from the cold air will not be strong.

"Since the middle of this month, we've noticed that very cold and dense air had accumulated in Siberia. The wave in the upper-air flow amplified into a strong trough pattern and will enter China next week, which will cause a significant cooling," she explained.

The center reminded people to be prepared for the coming cold wave and keep warm with suitable clothes.