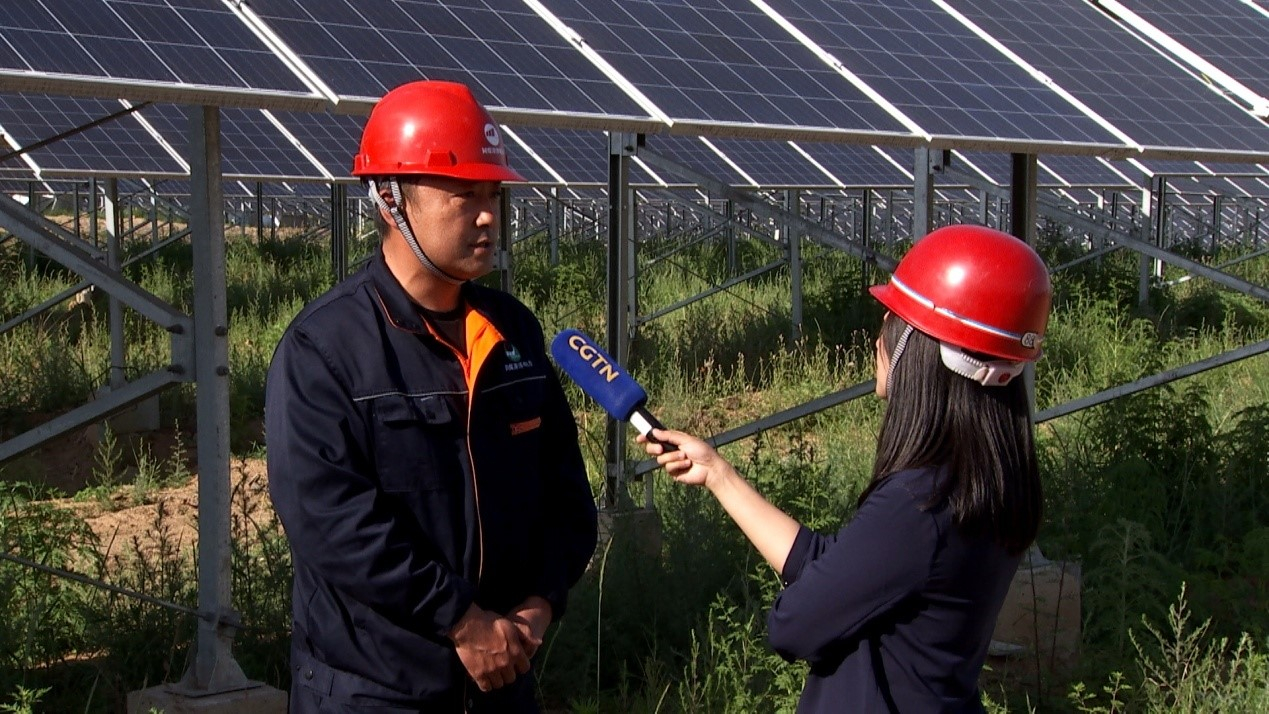 Solar panels are a common sight on the outskirts of Yangquan City in north China’s Shanxi Province. No one would have guessed the area there used to be sinking lands, destroyed and made useless by coal mining. Today, 20 million square meters of such lands in the city have been turned into solar power plants.

Years of mining have caused serious subsidence and environmental destruction to the land. Right now, it's almost impossible to restore the environment there, as that will require huge investment that the local government cannot afford. Solar projects now seem to be the best way to make use of the abandoned land.

But it isn’t just solar panel installations. Companies are required by the local government to plant trees and grass in the area.

Cao Chunlei, general manager of the Yangquan Solar Project with the Shanxi Zhangze Electricity Company, said, "Our company doesn’t just run solar projects here, but also helps improve the environment. We’ve planted grass in the area. Next, after our plan is confirmed by the local forest bureau, we’ll plant trees in the surrounding areas."

The city of Yangquan once relied heavily on coal production and mining. As that slowly runs out, the city has decided to shift its energy sources from black to green.

Feng Weiming, director of the Yangquan Development and Reform Commission, told CGTN, "The municipal government has always emphasized environmental protection. We require a 3,000-yuan deposit from every solar power company to ensure environment improvements. And we’ve been supervising their work progress closely."

It’s been a year since these solar projects started. Now the city’s share of clean energy has increased from five percent to 30 percent. The local government says more of such projects will be created in the future, and that will help save 430,000 tons of coal each year and reduce millions of tons in emissions.

China’s rapid economic growth in the past decades has left many scars on its land. The country today has around 10 billion square meters of destroyed land due to coal mining.

Yangquan is one of many places in China which set up solar projects on destroyed land. Some companies have even gone one step further combining these projects with other activities such as fish farming, or greenhouse farming.