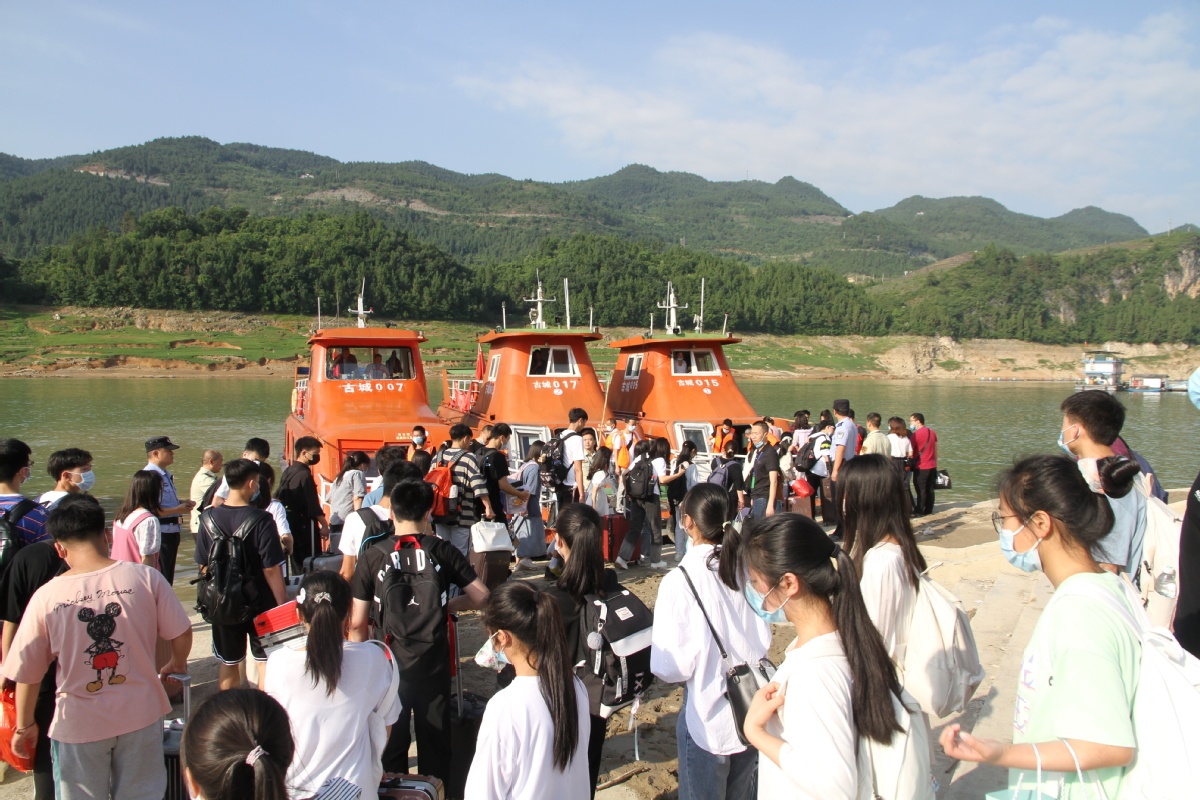 One hundred and forty-eight high-school seniors from Wushan Dachang Middle School in Chongqing's Dachang town, Wushan county, boarded boats to carry them to the local venue for the national college entrance examination, or gaokao, which is being held this week. (Photo: China Daily)

One hundred and forty-eight high-school seniors from Wushan Dachang Middle School in Chongqing sailed on Saturday from Dachang town to Wushan county, the local venue for the national college entrance examination, or gaokao. The exam will take place from Monday to Wednesday.

Wushan county, located in the Three Gorges Reservoir area, has numerous rivers and developed water transportation. Although all towns and villages have access to paved roads, some residents, such as those in Dachang, prefer to travel by boat for comfort and to save time.

The journey was organized by the middle school's leaders and teachers. 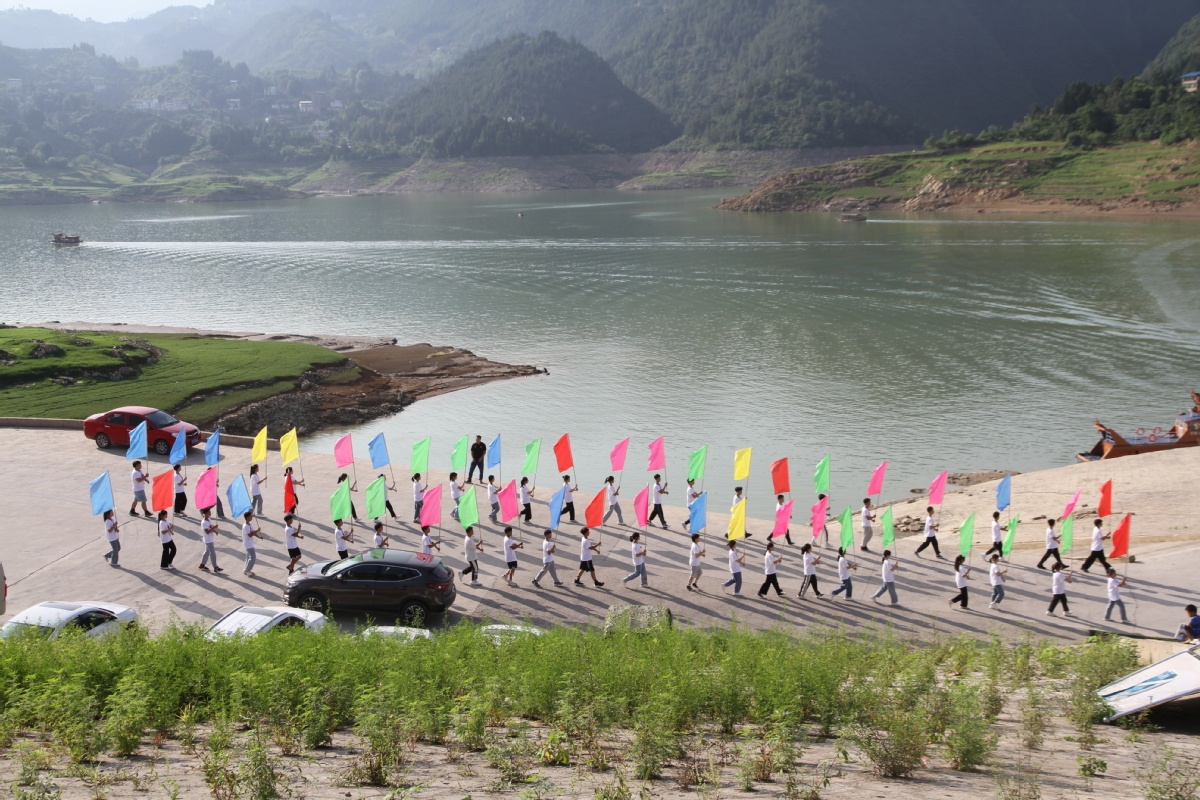 It has been a tradition of the Wushan Dachang Middle School in Chongqing for decades to send students by boat to attend their entrance examinations. (Photo: China Daily)

Wang Shixin, the headmaster, said it has been a school tradition for decades to send students by boat to attend their entrance examinations.

"Riding the wind and breaking waves for the big exams has become a unique experience for countless students," he said. "But this year might be the last."

That's because the Wushan-Dachang expressway, currently under construction, is expected to be finished at the end of this year, and transportation will then be more convenient.

Roughly 10.78 million students around the country are taking this year's gaokao, which lasts two to four days, depending on the location, the Ministry of Education said.

Students from eight provincial-level regions, including Chongqing and the provinces of Hebei, Liaoning, Jiangsu, Fujian, Hubei, Hunan and Guangdong, are taking this year's "new gaokao". They represent the third group of pilot regions in China to implement comprehensive reform of the testing.