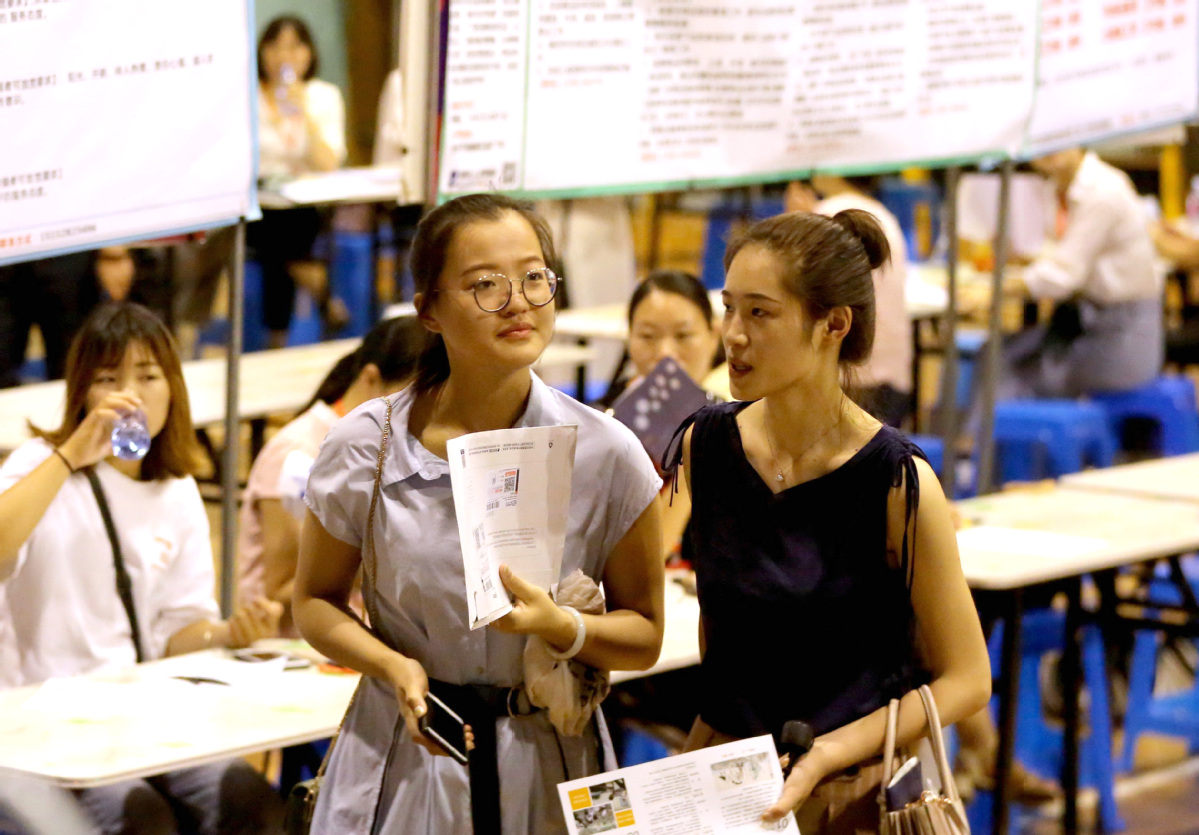 While it has become more difficult this year for college graduates to find jobs, the Ministry of Human Resources and Social Security has implemented a plan to help them.

About 8.34 million students are graduating this year, a year-on-year increase of 140,000, officials said.

The nation's surveyed unemployment rate rose by 0.2 percentage points, reaching 5.3 percent this month after most college graduates started entering the job market in July, Liu Aihua, spokeswoman for the National Bureau of Statistics, said at a news conference on Wednesday.

"The number of college graduates has seen continuous growth in the past few years, creating greater pressure on the job market this year," she said. "I believe that the current unemployment situation will be alleviated with the steady progress in the effort to help college graduates find work."

On Monday, the ministry announced it had started its campaign to help unemployed college graduates find jobs. The campaign started on Saturday and will end on Sept 20.

Diversified services are available to the graduates. Provincial bureaus of human resources, for example, are required to organize no fewer than two job fairs for college graduates who remain unemployed and present each graduate with at least three available positions, officials said.

The bureaus have been instructed to send a letter to each graduate to inform them of where they can access job information and which services and policies they can use.

Furthermore, guidance on job-hunting, such as tips on how to perform well in an interview, are to be provided to unemployed graduates to enhance their competitive capabilities.

Human resources bureaus, according to the campaign, should propose plans for unemployed graduates after learning about their job goals, skills and areas of knowledge they have mastered. The bureaus have been instructed to recommend career services programs to help graduates obtain information on additional jobs.

The ministry said that an area being emphasized is protection of the rights of unemployed college graduates. It said that during the campaign, any wrongdoing such as fraud would not be tolerated and unqualified agencies would be banned. Lectures on interpreting labor rights protections will be open to the graduates.