College students get help amid pandemic 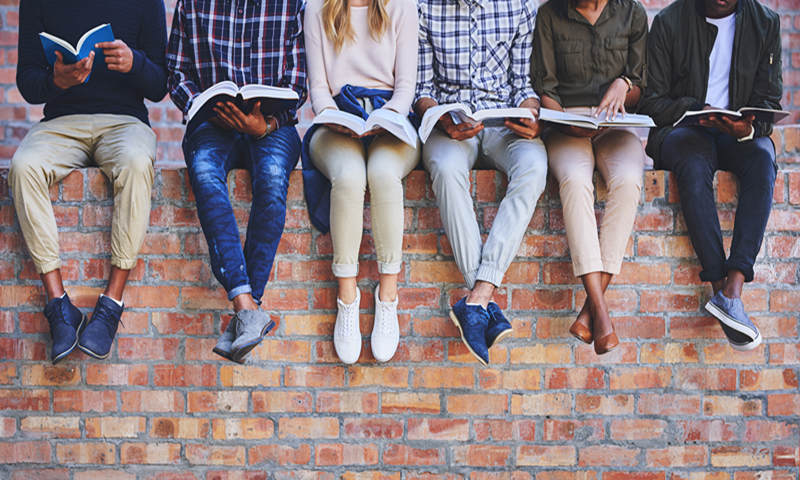 The Ministry of Education (MOE) announced on Wednesday that China is expanding enrollment for joint education programs with overseas colleges to take in qualified students who face difficulties in their plans to study abroad due to the COVID-19 pandemic, which education experts said will help certain students in need.

Due to the impact of the pandemic and restrictions on border entry, visas and flights, some Chinese students who have been forced to change, postpone or even cancel their overseas programs can now enroll in joint education programs with global partners in China.

According to the announcement, some China-foreign joint education institutions and programs, as well as those between the Chinese mainland and Hong Kong, Macao and Taiwan, are allowed to take in students for different academic degrees - undergraduate, postgraduate and doctoral - who previously received offers from overseas universities during this fall semester.

Their enrollment should be in addition to the original enrollment plan, and should not displace students who were already admitted into these universities and programs through the national college entrance examinations.

Xie Zuoxu, a professor of higher education studies at Xiamen University, told the Global Times on Wednesday that this program announcement comes at the right time and could help students who had to change their plans due to the pandemic.

An education expert from Tsinghua University told the Global Times that this measure could relieve the concerns of some students and their parents, and reduce their stress arising from the virus crisis.

But he said that compared with students who plan to study overseas for a PhD degree, those pursuing undergraduate and postgraduate degrees can benefit more from this policy because these joint schools might not be able to provide enough places for PhD candidates, especially those studying certain technology subjects or those related to Western culture.

Xie added that the policy could increase institutional communications between China and other countries. In the long run, this option could become popular among affected students.

According to the announcement, 90 joint education programs from 19 provincial-level regions will be involved.

The number of Chinese students studying abroad was about 900,000  in 2019, according to media reports.

An employee surnamed Shi in the admissions office of University of Nottingham Ningbo China, told the Global Times that the school has received many calls since the day that the announcement was made about one week ago, and some staff have begun to evaluate the applications.

She added that only those who got unconditional offers from universities ranked in the top 100 in the QS - world university rankings global survey could apply - a very strict limitation.

The XJTLU admissions office also confirmed to the Global Times that the university will begin the enrollment process on September 20.

The Chinese University of Hong Kong, Shenzhen is receiving applications. An employee of the university's admission office told the Global Times that since the school is registered in the Chinese mainland's student system, students will not be able to obtain graduation certificates as mainland students, but the degree will be identical to and recognized by the MOE.

Chinese universities were reaching out to overseas Chinese students facing difficulties even prior to the MOE's announcement. In July, Chinese students of Cornell University were given the option to spend their fall semester at top universities in China, which shows support and cooperation from both sides.

A Cornell sophomore surnamed Liu, having spent a week in Tsinghua University, referred to her time in Beijing as "a magnificent experience," for she could enjoy all facilities provided by the university, spend time with new friends and at the same time keep on track at Cornell with courses offered simultaneously online.

"I think more oversea Chinese students like me will consider to join such Sino-foreign cooperative programs, especially during the pandemic," Liu told the Global Times on Wednesday.