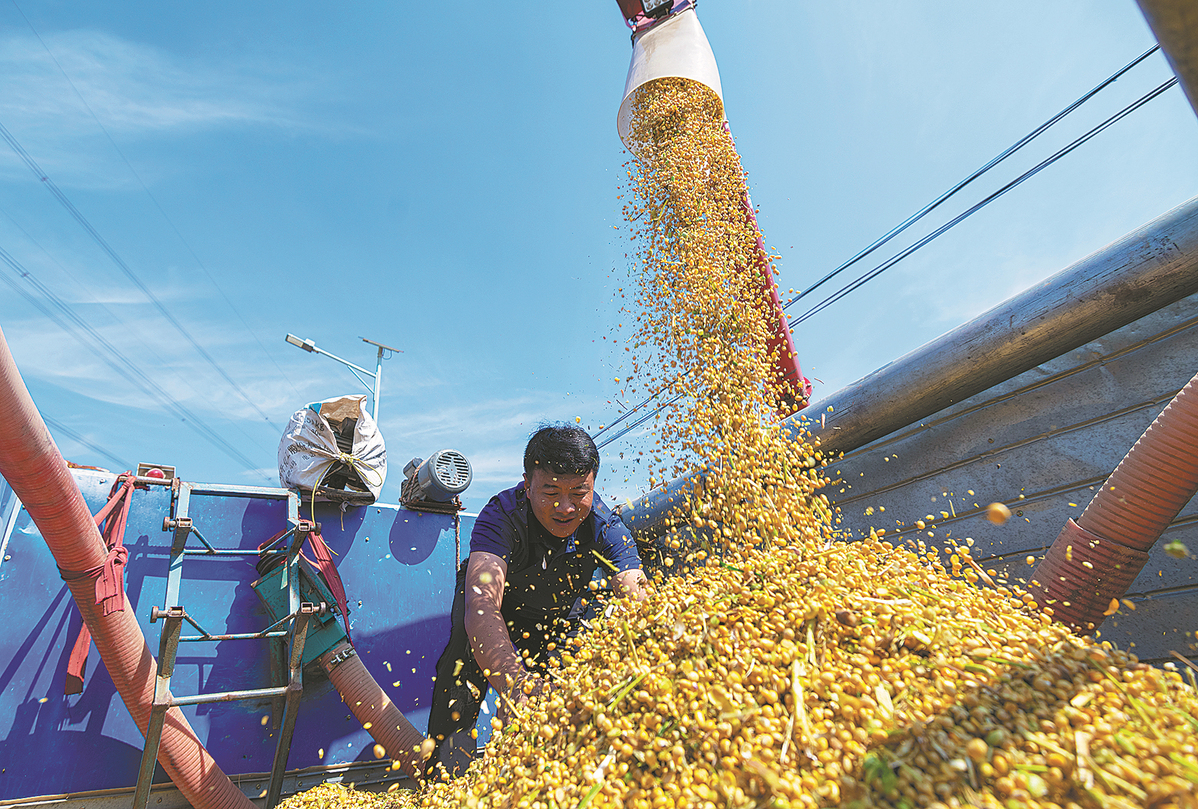 Soybean, which is planted together with corn, is harvested at Wuzhuang village of Liangjia town in Yucheng, Shandong province on Sept 27. (Photo: China Daily)

Farmers across Shandong province have begun harvesting their corn and soybean, planted using a combined planting method designed to increase the efficiency and yields of the local farmland.

The method involves planting two rows of corn for every four rows of soybean, and because of the height difference between the crops the amount of sunlight and airflow is maximized.

"The corn yield of each mu (0.067 hectare) in the field has reached 726.28 kilograms, and for soybean it is 134.23 kilograms," said Zhang Deping, who is in charge of a cooperative in the village of Qianjiangjunmiao in Yucheng, a county-level city of Dezhou.

"The corn yield is no less than that when we plant corn alone, and what's more, we harvest some soybean," he said.

The cooperative planted 38.23 hectares of soybean and corn together for the first time this year.

"Agricultural experts gave us very detailed instructions throughout the whole growing process, such as telling us what seeds are fit for combined planting and how to grow them at proper row intervals," said Zhang.

This year is the first year that combined soybean and corn planting has been promoted across the country, especially in the areas around the Yellow River, the Huaihe River, and in Southwest and Northwest China, in a bid to increase soybean production.

Shandong, as a major production area in the lower basin of the Yellow River, planted 110,666 hectares this year.

"The planting model of four rows of soybean plus two rows of corn is able to ensure the highest yield," said Liang Wenzhong, deputy director of the Yucheng bureau of agriculture and rural affairs.