BEIJING, June 29 (Xinhua) -- China Post said Tuesday it will issue a set of 20 commemorative stamps and a commemorative cover on July 1 in celebration of the 100th anniversary of the founding of the Communist Party of China (CPC). 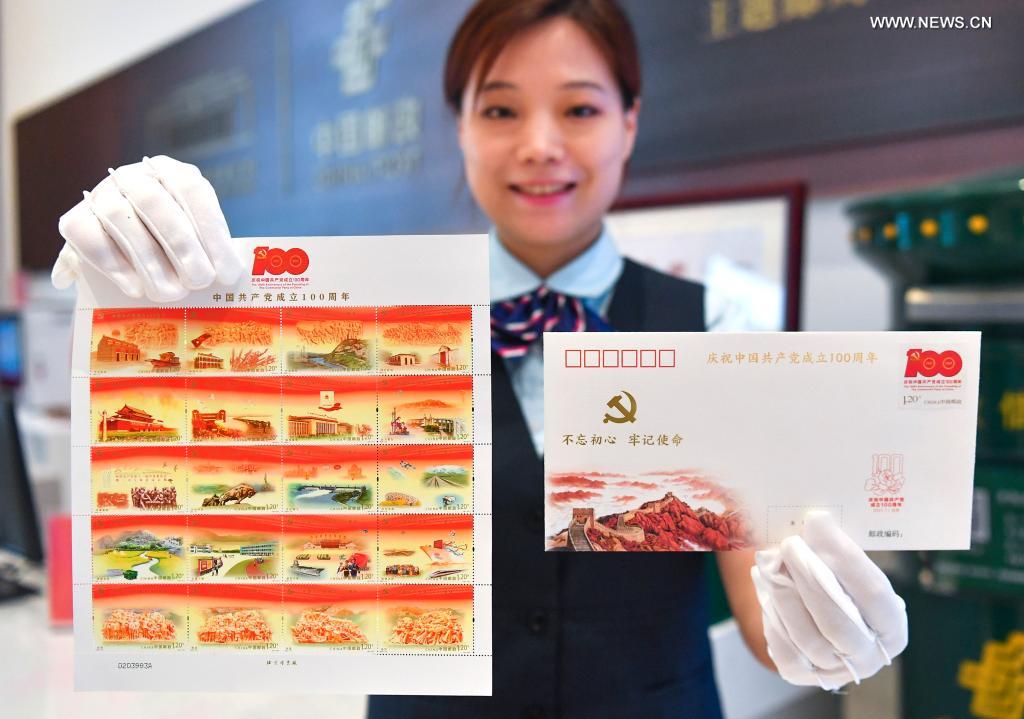 A staff member displays a set of commemorative stamps and a commemorative cover to be issued in celebration of the 100th anniversary of the founding of the Communist Party of China (CPC) in Beijing, capital of China, June 29, 2021. (Photo: Xinhua)

The stamps use two colors of red fluorescent ink, with red and gold as the main tones of the picture. The stamps reveal the extraordinary 100-year journey the CPC has traveled.

The commemorative envelope carries patterns including the Party emblem, Great Wall and a golden inscription of Chinese characters that say "staying true to the original aspiration and founding mission of the Party."