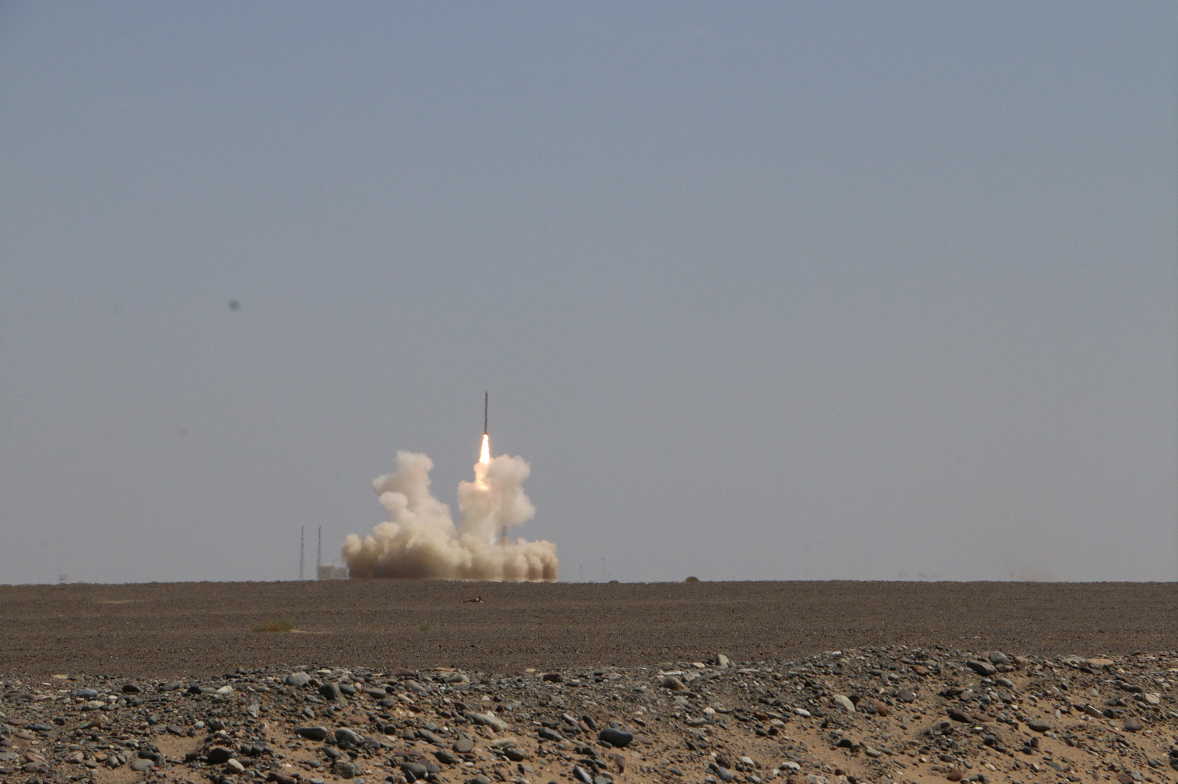 The SD 1 Y1, the first in the solid-propellant SD 1 series, blasted off at 12:11 pm from a large launch vehicle and thundered into blue skies on August 17, 2019. (Photo by Gao Yiming/chinadaily.com.cn)

The SD 1 Y1, the first in the solid-propellant SD 1 series, blasted off at 12:11 pm from a large launch vehicle and thundered into blue skies. After several minutes of flight, it successfully placed three satellites, respectively designed and built by three private satellite startups in Beijing, to their orbits about 540 kilometers above the Earth.

Developed by ChinaRocket Co Ltd, a subsidiary of the country's leading rocket maker China Academy of Launch Vehicle Technology, SD 1 is 19.5 meters tall, has a diameter of 1.2 meters and weighs 23.1 metric tons.

Though SD 1 is the smallest and lightest carrier rocket in China, it boasts the highest carrying efficiency in all Chinese solid-propellant rockets, said Gong Min, SD 1's project manager at China Academy of Launch Vehicle Technology. Gong noted that the rocket is able to place multiple satellites with a combined weight of 200 kilograms into a sun-synchronous orbit 500 km above the ground.

The academy launched the rocket's development in February 2018, intending to use it to seize surging demand for launch services from the country's flourishing satellite industry.

It takes only six months to produce one such rocket, Gong said, adding that its prelaunch preparations are much easier than those for large rockets and takes only 24 hours.

The project manager explained that to strengthen the rocket's competitiveness in the market, engineers used a number of innovative methods to speed up the design and testing processes and to control its production cost.

“For instance, we optimized or streamlined designs of several major parts on the rocket, removed unnecessary components and used as more commercial off-the-shelf products as possible,” he said. “We also used advanced simulation to replace time-consuming ground tests to save more time.”

Tang Yagang, president of ChinaRocket, said that SD 1 features high reliability and economy and can carry out launch for clients at short notice. He stressed that the rocket is launched from an off-road mobile vehicle, which means it can be launched anywhere and anytime thus has outstanding operational flexibility.

In addition to SD 1, the company is making plans for the research and development of new solid- and liquid-propellant carrier rockets, according to him.