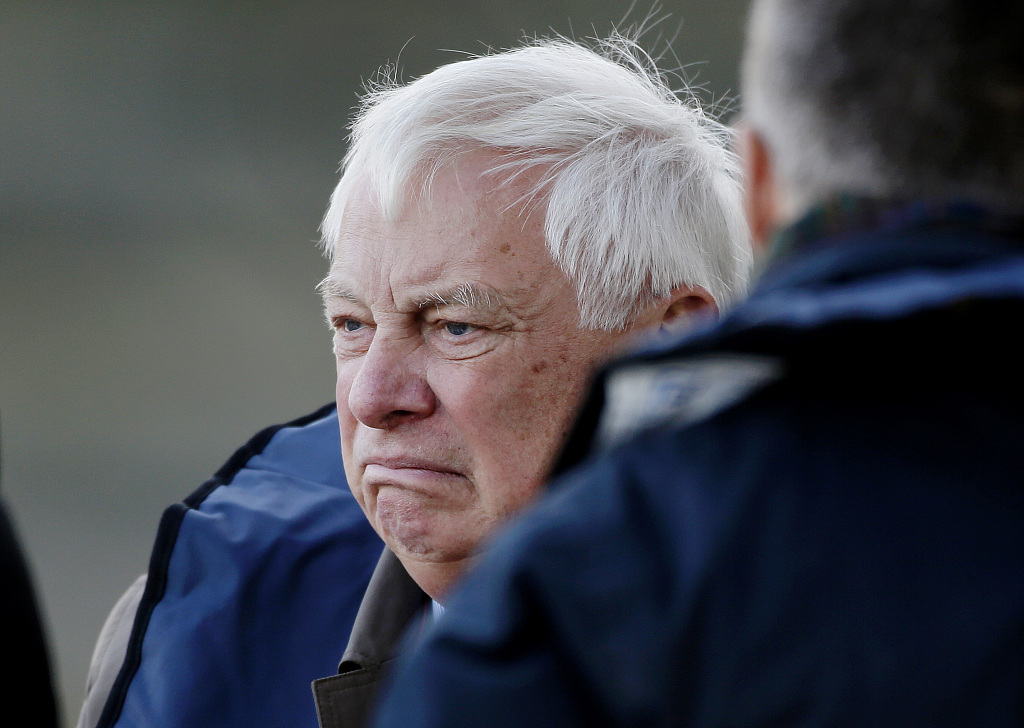 An official in charge of the Office of the Commissioner of China's Ministry of Foreign Affairs in the Hong Kong Special Administrative Region (HKSAR) on Saturday condemned former British Governor of Hong Kong Chris Patten over "absurd" remarks on the Hong Kong situation, urging him to respect the facts and stop "lying and misbehaving."

"Since Hong Kong's return to the motherland, the Chinese central government has always acted in accordance with the constitution and the basic law, and unswervingly implemented the 'one country, two systems' principle – 'Hong Kong people administering Hong Kong '," said the official in a statement on the office's website.

Hong Kong has maintained its prosperity and stability and its international influence and competitiveness have greatly improved, the official said.

According to the statement, Hong Kong doubled its total economic output since its return, has been ranked among the world's freest economies for more than 20 years, and its global ranking of rule of law has jumped from below 60th in 1996 to 16th in 2018.

No democracy in British colonial period

The official reminded Patten that Hong Kong had no democracy at all during 159 years of colonial rule by the British.

The official also questioned if Hong Kong people ever had the right to elect leaders and legislatures independently during the colonial period and if Patten, as the last colonial governor of Hong Kong, was elected democratically.

It is shameless and absurd that the last colonial governor of Hong Kong criticized the lack of democracy and freedom in Hong Kong after the return instead of reflecting on the undemocratic and non-liberal conditions of his own rule over Hong Kong, and took himself as the "guardian" of Hong Kong’s human rights and freedoms, the statement said.

No excuse for using extreme violence

When recalling the violent acts in the vicinity of the Legislative Council (LegCo) Complex in Hong Kong on Monday, the official said violence is violence and no claim can be used as an excuse for extreme violence.

Some protesters on Monday attacked the police with toxic powder, intruded the LegCo Complex in an extremely violent way and destroyed the chamber.

When Hong Kong society suffers from the trauma of extreme violence and when the international community condemns violence in unison, Patten was calling black white through deliberately confusing violence and peaceful demonstrations, the official said.

The statement also said Patten was "selectively blind" of serious violations of law and violence that had desecrated the spirit of the rule of law, trampled on the rule of law in Hong Kong, harmed the rights and security of the vast majority of Hong Kong residents, and lost the least moral conscience.

Responding to Patten’s repeated remarks on the Sino-British Joint Declaration, the official said as Hong Kong returned to the motherland, the rights and obligations of the British side under the Joint Declaration were completely fulfilled.

On July 1, 1997, China resumed sovereignty over Hong Kong and the Chinese government started administering it in accordance with the Constitution and the Basic Law.

The British side has no sovereignty over Hong Kong, nor does it have administrative power or supervisory power since its return. It has no so-called responsibility for Hong Kong at all.

If there is any other responsibility for the British side, it is to strictly abide by the basic principles of international law concerning respect for the sovereignty of other countries and non-interference in their internal affairs, and do more to contribute to Hong Kong's prosperity, stability and tranquility, rather than the contrary, the statement added.

This is the typical "double standards," the official said, adding that Patten’s acts have been condemned and rejected by all the Chinese people, including Hong Kong compatriots.

Hong Kong is China's Hong Kong and China is unswervingly committed to safeguarding national sovereignty, security and prosperity and stability of Hong Kong, the official stressed in the statement.

The wheel of history rolls forward. But Patten was still addicted to the dream of colonialism and unwilling to wake up and face up to the reality that Hong Kong had returned to its motherland for 22 years, the official continued.

Patten should put himself in a right position and reflect on himself to correct mistakes, the official said.

The official also warned Patten to recognize the irresistible historical trend of China's development, respect the iron facts of the successful operation of "one country, two systems", and immediately stop interfering in Hong Kong's affairs and undermining Sino-British relations.