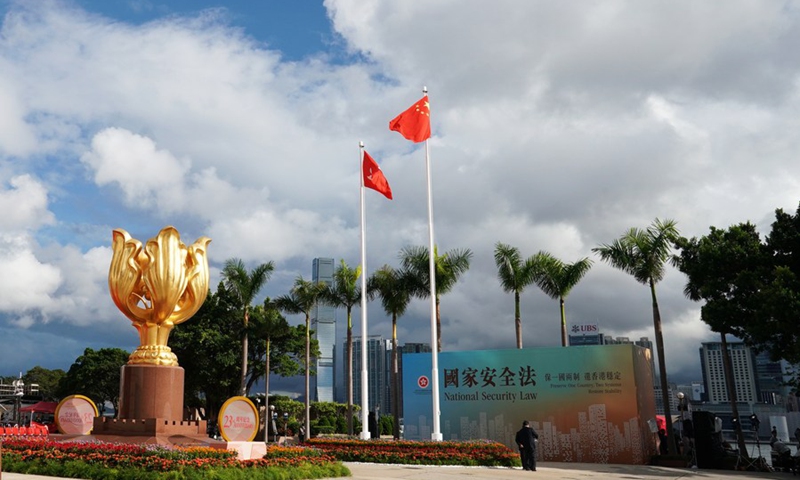 HONG KONG, Sept. 9 (Xinhua) -- The Office of the Commissioner of the Chinese Foreign Ministry in the Hong Kong Special Administrative Region (HKSAR) on Thursday strongly condemned the remarks of some U.S. politicians including Secretary of State Antony Blinken that smeared and attacked the Hong Kong police's law-based arrest of several members of the notorious anti-China group "Hong Kong Alliance in Support of Patriotic Democratic Movements of China."

The spokesperson of the office urged the anti-China politicians of the United States to stop the malicious attacks on the national security law in Hong Kong and the obstruction of the lawful administration of the HKSAR government, stop their political tricks to damage Hong Kong's stability and their interference in Hong Kong affairs.