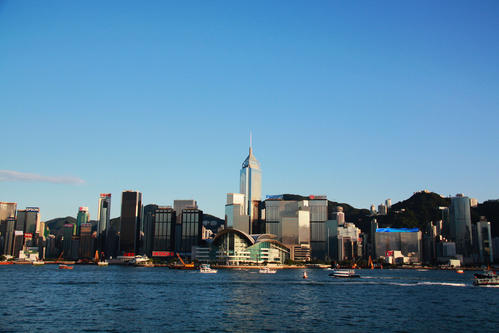 HONG KONG, May 21 (Xinhua) -- The Office of the Commissioner of the Chinese Foreign Ministry in the Hong Kong Special Administrative Region (HKSAR) Thursday expressed strong indignation over and condemned a recent online speech by Chris Patten at the Foreign Correspondents' Club in Hong Kong, which heaped accusations onto the HKSAR government's governance, distorted "one country, two systems" and the Basic Law, smeared the Chinese central government's Hong Kong policy, and tarnished China's international image.

The spokesperson of the commissioner's office said it is both ridiculous and despicable that Chris Patten, the pathetic "last governor of Hong Kong," should still cling to colonialist mentality and overreach himself to meddle with Hong Kong affairs nearly 23 years after Hong Kong's return to its motherland.

Since the unrest following the proposed amendment bill last year, Chris Patten and his ilk have eagerly twisted the truth, slung mud at the HKSAR government's law-based governance, and venomously attacked the Hong Kong police's restrained law enforcement efforts, in a bid to sow social division and trample law and order, the spokesperson pointed out.

At the critical juncture when the united efforts of the Hong Kong community against COVID-19 have made initial progress, Chris Patten again anxiously thrust himself forward and applied his familiar tactic.

Turning a blind eye to the well-being of the Hong Kong residents, he instigated the youth to continue acting as willing pawns of the rioters for the latter's political gains, and incited confrontation against the Hong Kong police who are committed to protecting people's life and property safety, the spokesperson said.

He tried to turn the HKSAR against the central government, endorsed the anti-China troublemakers in Hong Kong, and even fired groundless accusations at the Chinese government's achievements in COVID-19 response, the spokesperson said.

"By doing so, Chris Patten has pit himself against all Chinese people, including our Hong Kong compatriots. He has and will continue to be condemned by the international community, and will only end up as a historical notoriety," said the spokesperson.