HONG KONG, April 29 (Xinhua) -- The Office of the Commissioner of the Chinese Foreign Ministry in the Hong Kong Special Administrative Region (HKSAR) on Wednesday condemned some U.S. congressmen for interfering in Hong Kong affairs and China's internal affiars at large. 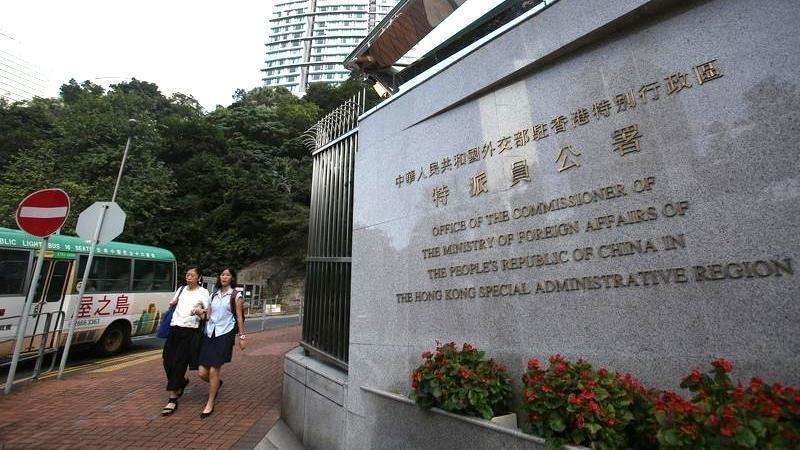 A spokesperson of the office said in a statement that those congressmen made unwarranted remarks on Hong Kong affairs in an open letter, distorting the Basic Law, condoning anti-China forces and undermining the rule of law in Hong Kong, and even calling for implementing the so-called Hong Kong Human Rights and Democracy Act.

The spokesperson said their remarks were blatant interference in Hong Kong affairs, which are purely China's internal affairs.

The congressmen turned a blind eye to the illegal assembly of Jimmy Lai, Martin Lee and their ilk, and mentioned nothing about Hong Kong opposition lawmakers' abuses of power to paralyze the Legislative Council with a "burn with us" mentality, the spokesperson said.

The spokesperson said the motive of the U.S. congressmen is to turn Hong Kong into an independent or semi-independent political entity, and play Hong Kong as a card to impede China's development, stressing that some external forces, including some U.S. politicians, are the fundamental threat to the well-being of Hong Kong people, the prosperity and stability of Hong Kong, and China's sovereignty and security.

In meddling with other countries' internal affairs by using domestic law such as the Hong Kong Human Rights and Democracy Act and threatening sanctions, the anti-China forces in the United States have trampled international law and basic norms governing international relations, and seriously hurt the vital interests of all Hong Kong people, as well as the interests of international stakeholders in Hong Kong, the spokesperson said.

The Chinese government is firmly committed to upholding national sovereignty, security and development interests, to implementing the "one country, two systems" policy, and to opposing any external interference in Hong Kong affairs.

Should the United States insist on meddling with Hong Kong affairs and undermining Hong Kong's prosperity and stability by implementing the relevant act, China will definitely take resolute countermeasures, the spokesperson added.