HONG KONG, Aug. 25 (Xinhua) -- The office of the commissioner of the Chinese foreign ministry in the Hong Kong Special Administrative Region (HKSAR) on Wednesday reiterated what China supports and opposes about COVID-19 origin tracing. 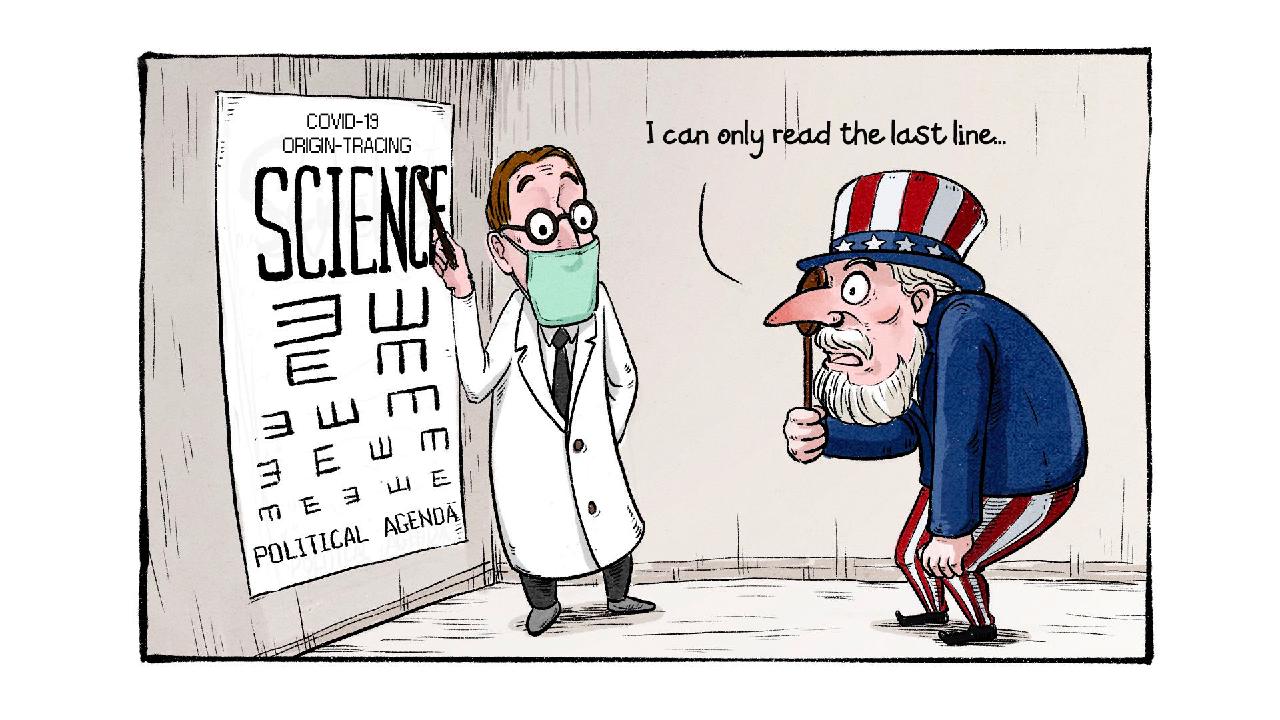 The spokesperson of the office said as many parts of the world are facing a new wave of COVID-19, the international community needs more than ever to fight the pandemic together.

However, the United States and a few other countries have kept using the origin tracing of COVID-19 to confuse right and wrong and continually played up the "lab leak theory" to stigmatize and bully China, and thus China reiterates its position on COVID-19 origin tracing, according to the spokesperson.

China supports science-based origin study and opposes politicization of origin tracing by citing so-called "intelligence", the spokesperson said, stressing that origin tracing is a matter of science. It should be and can only be left to scientists to identify, through scientific research, the virus' source and transmission routes to humans.

"No country has the right to put its own political interests above people's lives, nor should a matter of science be politicized," the spokesperson said.

China supports the World Health Organization (WHO)-China joint study report and opposes reinventing the wheel in disregard of the World Health Assembly resolution, the spokesperson said, adding that China invited WHO experts to the country twice for origin-tracing research.

In March this year, the WHO officially released the Joint Report by the WHO-China joint study team, which provides the most authoritative, professional and science-based conclusions on origin tracing.

"The report must be respected and implemented by all parties, including the WHO. The future work of global origin tracing should and must proceed from that basis, instead of starting anew," the spokesperson said.

China supports global fight against COVID-19 and opposes politicizing the pandemic by using the virus for stigmatization and using origin tracing as a tool, the spokesperson said.

The spokesperson pointed out that since the onset of COVID-19, acting on the vision of a global community of health for all, China has shared response experience with the international community in a timely manner, provided anti-COVID assistance to the world to the best of its ability, and taken the lead in conducting the largest scale global vaccine cooperation, thus making an outstanding contribution to global public health security.

The spokesperson added that the virus knows no borders and does not distinguish between races. China, like other countries, is a victim of the pandemic, and we all hope to find out the origin of the virus and cut off its transmission as early as possible.

"Going forward, China will continue to work with other parties to carry out science-based global origin tracing, and contribute China's part to humanity's final victory over COVID-19," the spokesperson said.

The spokesperson stressed that weaponizing origin tracing to bash China betrays the spirit of science, undermines global solidarity against the virus, and outrages the conscience of mankind.

Even today, the United States holds on to its hegemonic logic of "dominating the world for its own interests," which runs counter to the historical trend, the spokesperson said, adding that after all, hegemony and power politics cannot stop the virus, and solidarity and cooperation is the only way out.

"As more and more people become aware of the real motive of the United States, the international community will stand up against its hypocrisy, and its political manipulation is doomed to fail," said the spokesperson.