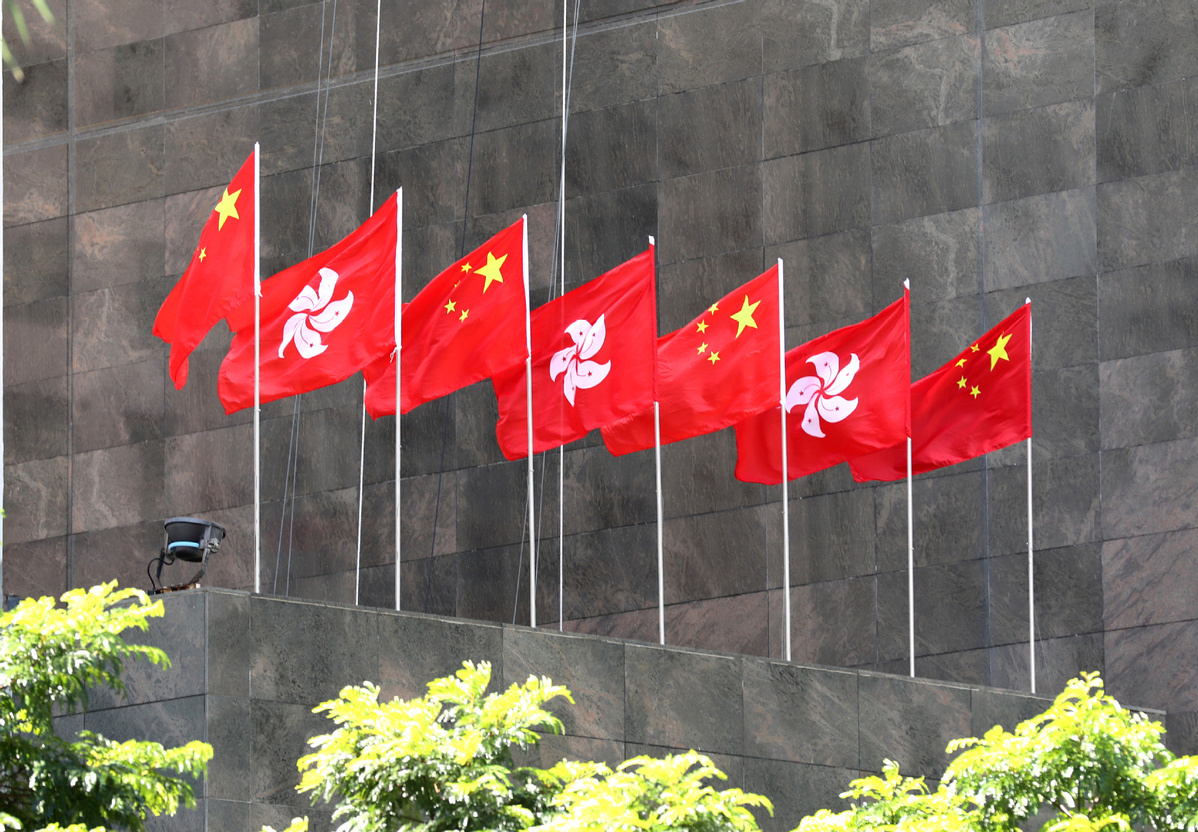 HONG KONG - The Office of the Commissioner of the Ministry of Foreign Affairs of China in the Hong Kong Special Administrative Region (HKSAR) Saturday expressed strong opposition to statements issued by a very few western countries that openly meddled with Hong Kong affairs, which are China's internal affairs, and said any interference is doomed to be futile.

The spokesperson of the office said the western statements, smearing the National People's Congress (NPC)'s decision on improving the electoral system of the HKSAR, came as a flagrant breach of international law and basic norms governing international relations.

The decision was adopted with an overwhelming majority at the NPC shows the determination and confidence of all Chinese people, including Hong Kong compatriots, to staunchly uphold national sovereignty, security and development interests and maintain Hong Kong's long-term prosperity and stability, the spokesperson said.

The decision is a vital step to close the loopholes in the existing system, put into effect the fundamental principle of "patriots administering Hong Kong," improve the institutional framework of "one country, two systems," and protect political stability and the security of the body of power in the HKSAR, the spokesperson said.

It is a sure way to promote the gradual, orderly and steady development of a democratic system suited to Hong Kong's reality and with Hong Kong characteristics, enhance the efficacy of the HKSAR government's administration, and serve Hong Kong's overall interests and people's well-being, the spokesperson said, stressing that it has solid political and legal foundation and is of indisputable authority.

The spokesperson emphasized that the key issue is not whether democracy and freedoms should be upheld, but about a battle against those trying to grab power and commit subversion and infiltration.

A very few western countries, however, have made unwarranted remarks about Hong Kong affairs on the pretext of democracy and freedoms, which distorted the truth and applied double standards in a bid to endorse anti-China troublemakers in Hong Kong, the spokesperson said.

It only lays bare their ulterior motive to wish Hong Kong ill and use Hong Kong as a pawn to hold back China's development at large, the spokesperson said.

The spokesperson reiterated that Hong Kong is part of China, and that improving the electoral system of the HKSAR is China's internal affairs.