BEIJING, Oct. 23 (Xinhua) - The communique of the first plenary session of the 20th Central Commission for Discipline Inspection (CCDI) of the Communist Party of China (CPC) was issued on Sunday. 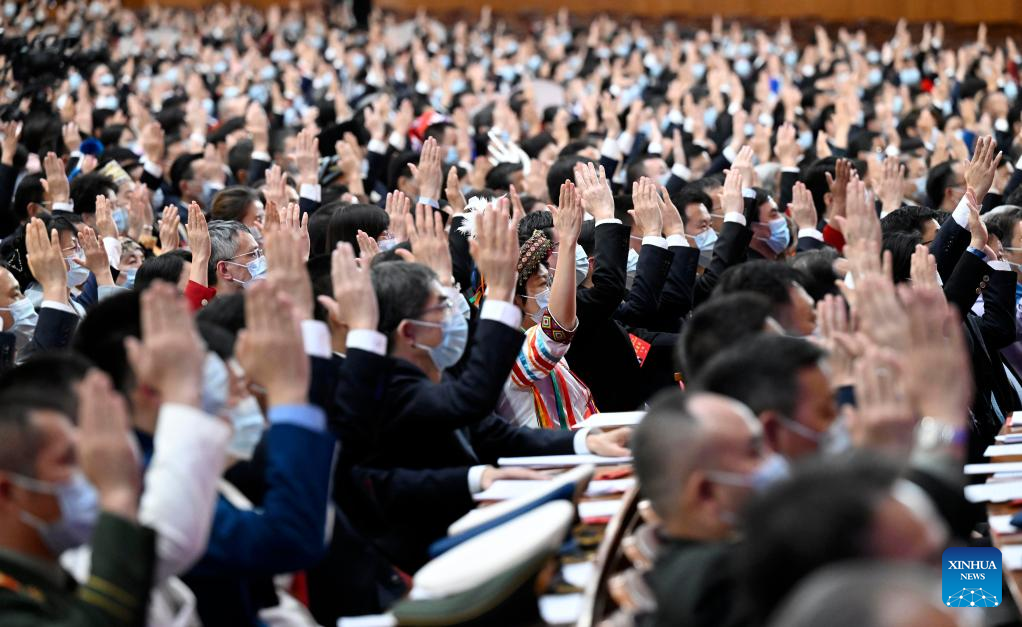 Delegates raise their hands to vote at the closing session of the 20th National Congress of the Communist Party of China (CPC) in the Great Hall of the People in Beijing, capital of China, Oct. 22, 2022. (Photo: Xinhua)

The communique was adopted at the session on Sunday in Beijing, which was presided over by Li Xi.

At the plenary session, the commission elected its secretary, deputy secretaries and standing committee members, and reported the election results to the CPC Central Committee for approval.