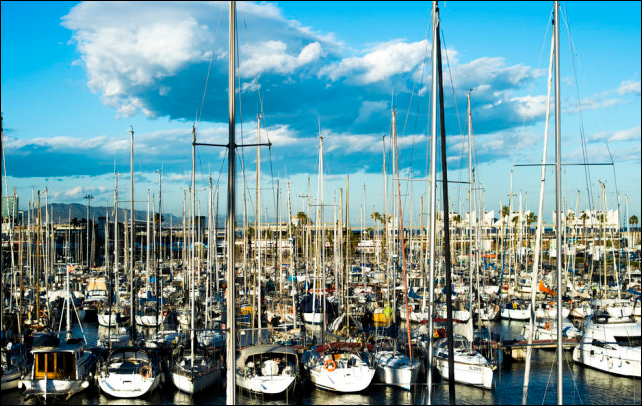 A file photo shows the Port of Barcelona. [Photo:IC]

In recent years, the economic and trade relations between China and Spain have developed rapidly, with both bilateral trade volumes and China's direct investment in the country increasing rapidly.

KPMG Spain, the country's branch of one of the world's four largest accounting firms, has been a witness to this change.

Trade between China and Spain totaled 31 billion U.S. dollars in 2017, marking a year-on-year increase of nearly 13 percent, and making China Spain's largest trading partner outside of the European Union.

Enterprises from China have shown a growing interest in Spain, as shown by the growing volume of direct investment. Figures released by Spain's government show that China's direct investment in Spain was 1.7 billion Euros in 2016, a fourfold increase over the previous year.

Li Ya, senior manager of the China section of KPMG Spain, said the growth in investment was significant.

As Li Ya explains, the targets for investment have widened from real estate, and the hotel and food industry, into other spheres.

"The fields attracting Chinese investors include not only consumer goods and consumption-related industries, but also energy and infrastructure, because Spain's infrastructure building capability is very good. Chinese enterprises are also interested in the medical industry, and the acquisition of information technology, as well as the emerging manufacturing sector, such as the automobile and aviation industries."

As for the reasons for the growing interest in Spain from China's enterprises, Li Ya believes that both internal and external factors are at play.

"The first one is that Chinese people now know that Spain is an advanced industrial country, instead of just knowing its signature products, such as wine and olive oil. The second is that Spain's economy has enjoyed very good development over the past few years, and its GDP growth reached 3 percent, higher than the European Union average. The third is that Spain's government has been open to foreign investment."

China's ambassador to Spain, Lv Fan, believes that because Spain is making ongoing efforts to create more favorable conditions for foreign investment, the trade and investment ties between the two countries will continue to strengthen and grow.