KUNMING, May 31 (Xinhua) -- China's new mega hydropower station on the Jinsha River, an upper section of the Yangtze, saw the final concrete poured on its dam casting on Monday, bringing the project one step closer to going operational this summer. 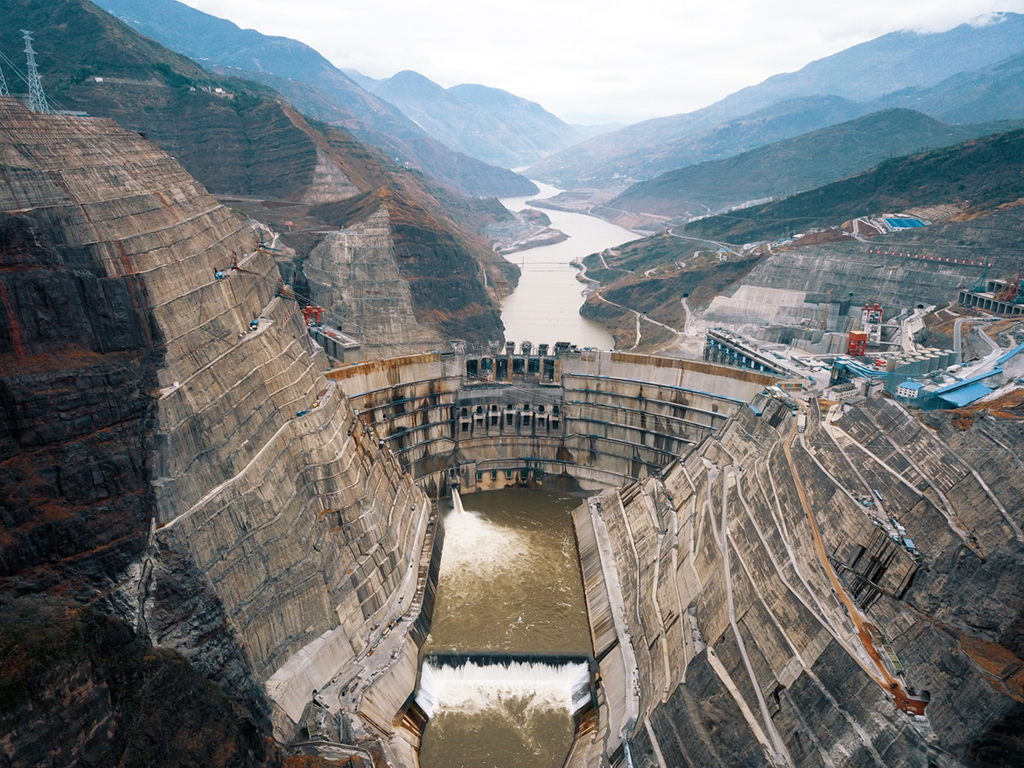 The dam is an ultra-high double-curvature arch dam with a maximum height of 289 meters and an arc length of 709 meters.

The concrete pouring of the dam started in April 2017, with a total casting volume of 8.03 million cubic meters for its main body.

In April, the Baihetan hydropower station started to store water at the dam, preparing to begin generating electricity in July.

Baihetan is the second-largest hydropower station in China in terms of installed capacity, second only to the Three Gorges Dam project in the central province of Hubei. The project has been undertaken by the China Three Gorges Corporation.