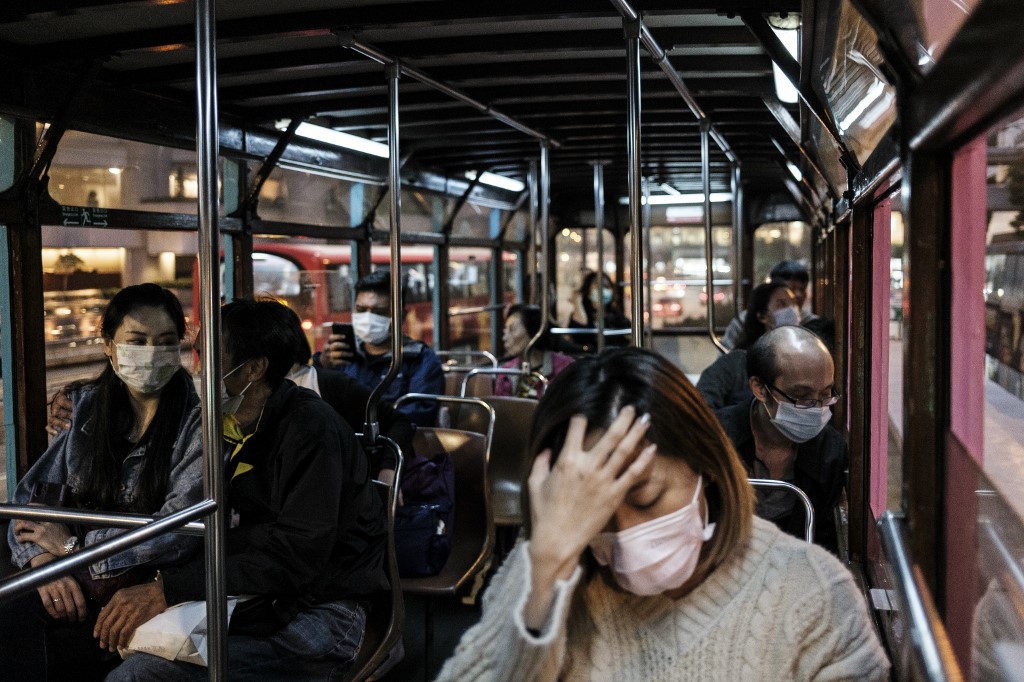 In this photo taken on March 12, 2020, passengers wear face masks, as a precautionary measure against the COVID-19 coronavirus, as they commute on a tram in Hong Kong. (Photo: AFP)

The first case involves a 35-year-old man who had been in Japan during his incubation period. The patient started coughing upon his arrival in Hong Kong on March 11, and had a fever on March 14 before being sent to hospital, head of the CHP's Communicable Disease Branch Chuang Shuk-kwan said at daily press briefing.

The second case involves a 29-year-old man who visited Germany and Austria in early March. He lived at a hotel in Wan Chai, Hong Kong Island, since his arrival in Hong Kong on March 13. The man contacted a confirmed patient during his visit to Austria.

Of all 145 confirmed cases, four have passed away, 58 remain hospitalized.