CHINA Construction completed on widest bridge over the Yangtze

Construction completed on widest bridge over the Yangtze 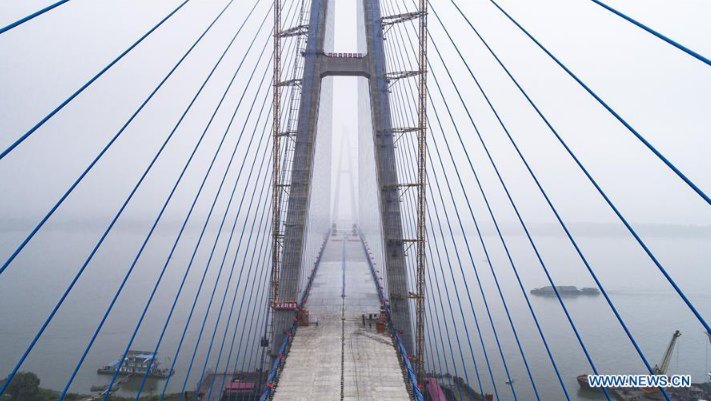 WUHAN (Xinhua) -- Workers on Thursday joined the two sections of the widest bridge over the Yangtze, China's longest river.

Spanning 7,548 meters, the Qingshan Yangtze River Road Bridge in Wuhan, capital of central China's Hubei Province, is 48 meters wide. The 10-lane dual-way bridge will have a speed limit of 100 kph. It is the world's longest cable-stayed bridge with a floating system.

The main steel structure of the bridge has no lower beams, meaning it can swing between the giant triangular supporting beams on the sides.

The bridge forms part of Wuhan's "fourth-ring road" as the city expands. Authorities said the bridge will significantly improve the local road network and contribute to the development of logistics in Wuhan, an important transportation hub in central China.

The bridge is expected to open later this year.