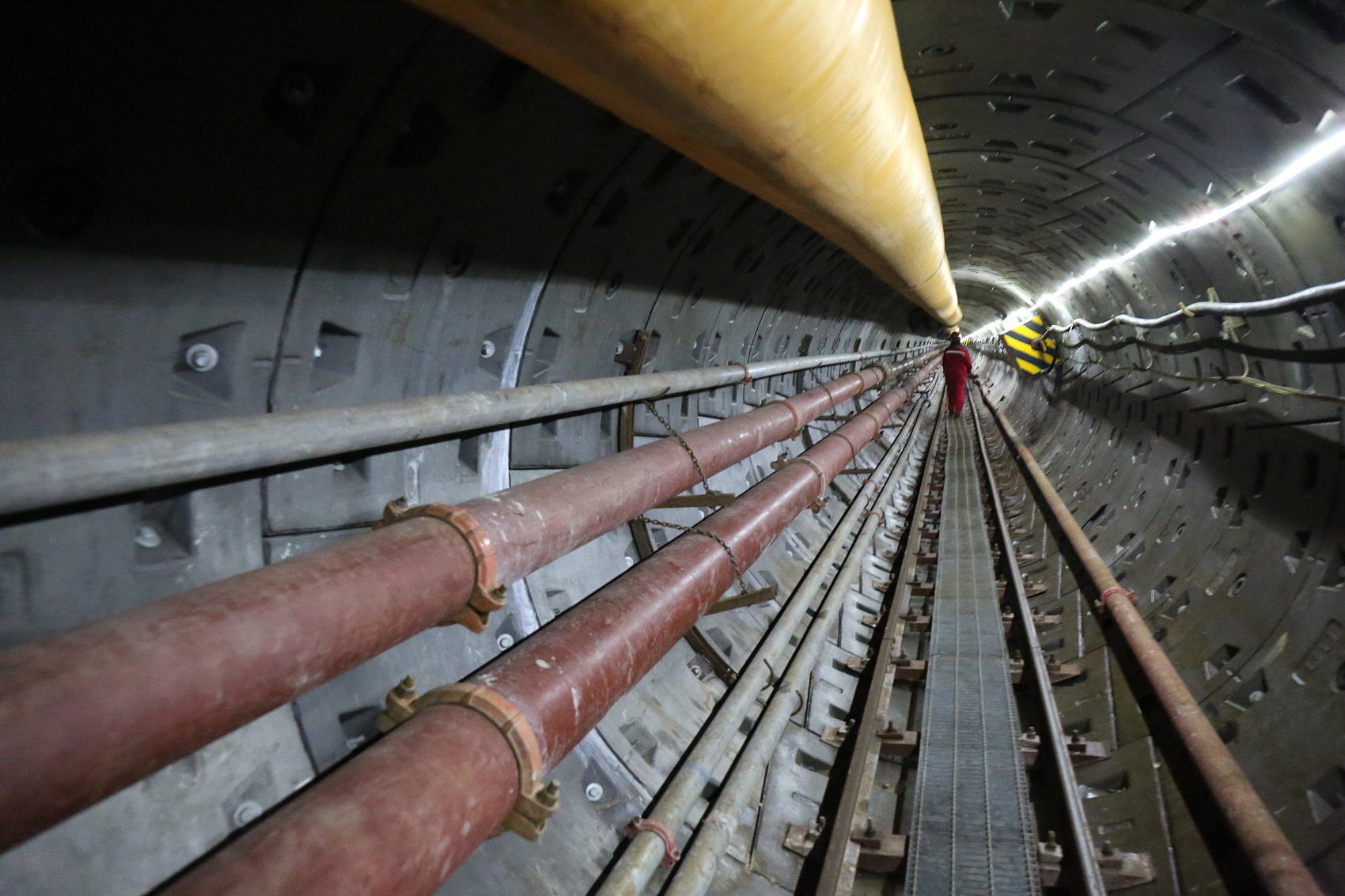 Construction of two underwater tunnels on the China-Russia East-Route Natural Gas Pipeline is going smoothly, local government said on November 2， 2017.Gas pipelines will be installed in the two tunnels, each 1,139 meters long, connecting Heihe in Heilongjiang Province, and Blagoveshchensk in Russia, the Heihe city government said in a statement.The underwater project passes through the Heilongjiang River along the Sino-Russian border. One of the two tunnels was completed recently, according to the local government.The Chinese section of the 3,968-kilometer China-Russia east-route natural gas pipeline originates in Heihe and terminates in Shanghai.Work on the Russian part of the east-route pipeline began in eastern Siberia in 2014.The pipeline is expected to begin sending up to 38 billion cubic meters of gas to China each year from 2018.