MASAITI, Zambia, Jan. 22 (Xinhua) - Construction works of a dam in Zambia's Masaiti district on the Copperbelt Province funded by the Chinese government was on course, the contractor said on Tuesday. 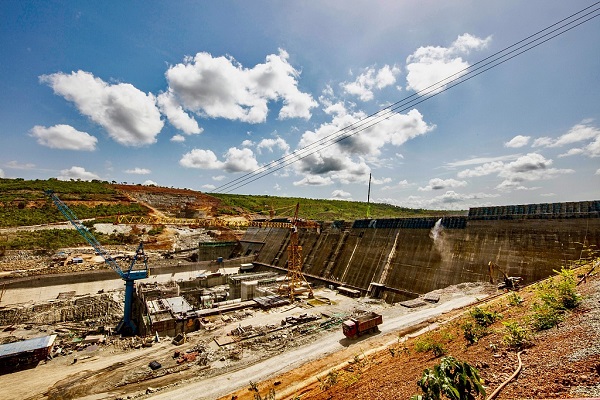 Bruce Zhu, a business manager with the China National Complete Engineering Corporation, said about 23 percent of works have so far been done and that everything was on schedule.

"We are on schedule and we expect to complete the works by 2020," he said.

In remarks delivered when Copperbelt Province Minister Japhen Mwakalombe and other senior government officials inspected the construction works, the official said over 1,600 jobs have been created during the construction of the dam.

The official further dispelled reports that the firm was subcontracting other foreign firms instead of empowering local firms, adding that so far four local firms have been subcontracted.

On his part, the Zambian minister expressed satisfaction over the progress so far in the construction of the dam, adding that the government was committed to supporting Chinese firms working on various projects as it was meant to uplift the living standards of people.

The Kafulafuta water supply system project involves the construction of a dam and other infrastructure for the supply of water to some districts of the province.

It also includes the construction of two pump stations, raw water pipelines to four treatment plants as well as the extension of the pipe network to un-serviced areas and repairing of old leaking pipes.

The multi-purpose dam will hold about 125 million cubic meters of water and benefit about 1 million people.