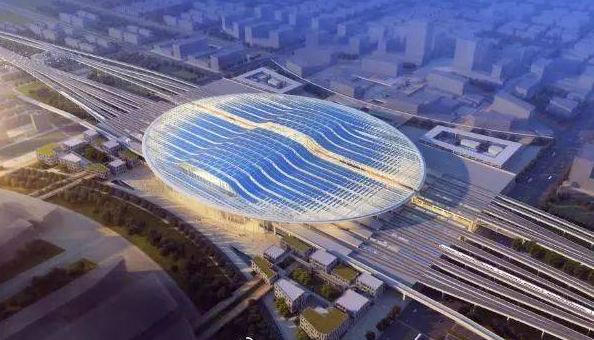 BEIJING - The construction of Xiongan railway station was started Saturday with a goal to optimize China's high-speed railway networks covering Beijing, Tianjin and Hebei Province, according to sources from the China Railway.

With a construction period of 24 months, the station is the biggest one among the five stations along the 92.4-km-long intercity railroad linking Beijing and Xiongan. The other four stations are Huangcun, new airport, Gu'an East and Bazhou North.

Upon its completion by the end of 2020, the station will be connected with the country's five high-speed railways and intercity railroads, which will allow passengers from Xiongan New Area to get to Beijing, Tianjin in half an hour and Shijiazhuang, the capital of Hebei Province, in one hour.

Sources with the China Railway said international bidding for the station's design and construction plans had been completed, while construction experiences involving several domestic and overseas integrated traffic hubs have been drawn upon.

A variety of intelligent design and construction technologies would be applied so that the station would be a signature upon completion, said the sources.

About 100 kilometers southwest of Beijing, Xiongan New Area, known as China's "city of the future" in Hebei Province, has been designed to become a zone for innovation, a digital city synchronized with a brick-and-mortar one, and a livable and business-friendly area.

By the middle of the century, Xiongan will become a significant part of the world-class Beijing-Tianjin-Hebei city cluster, effectively performing Beijing's non-capital functions and providing a Chinese solution to "big city malaise," according to the plan.