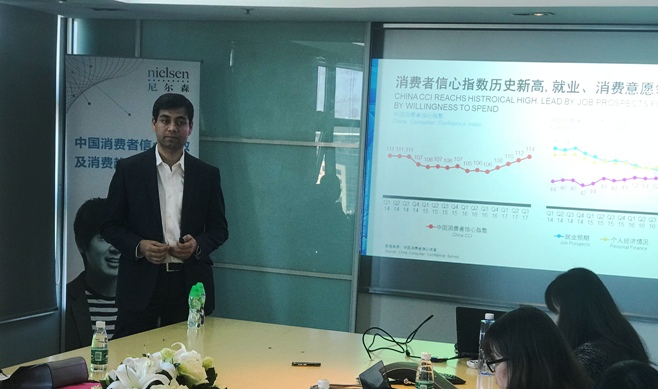 Consumer confidence levels above and below a baseline of 100 indicate degrees of optimism and pessimism to the three factors above, respectively. 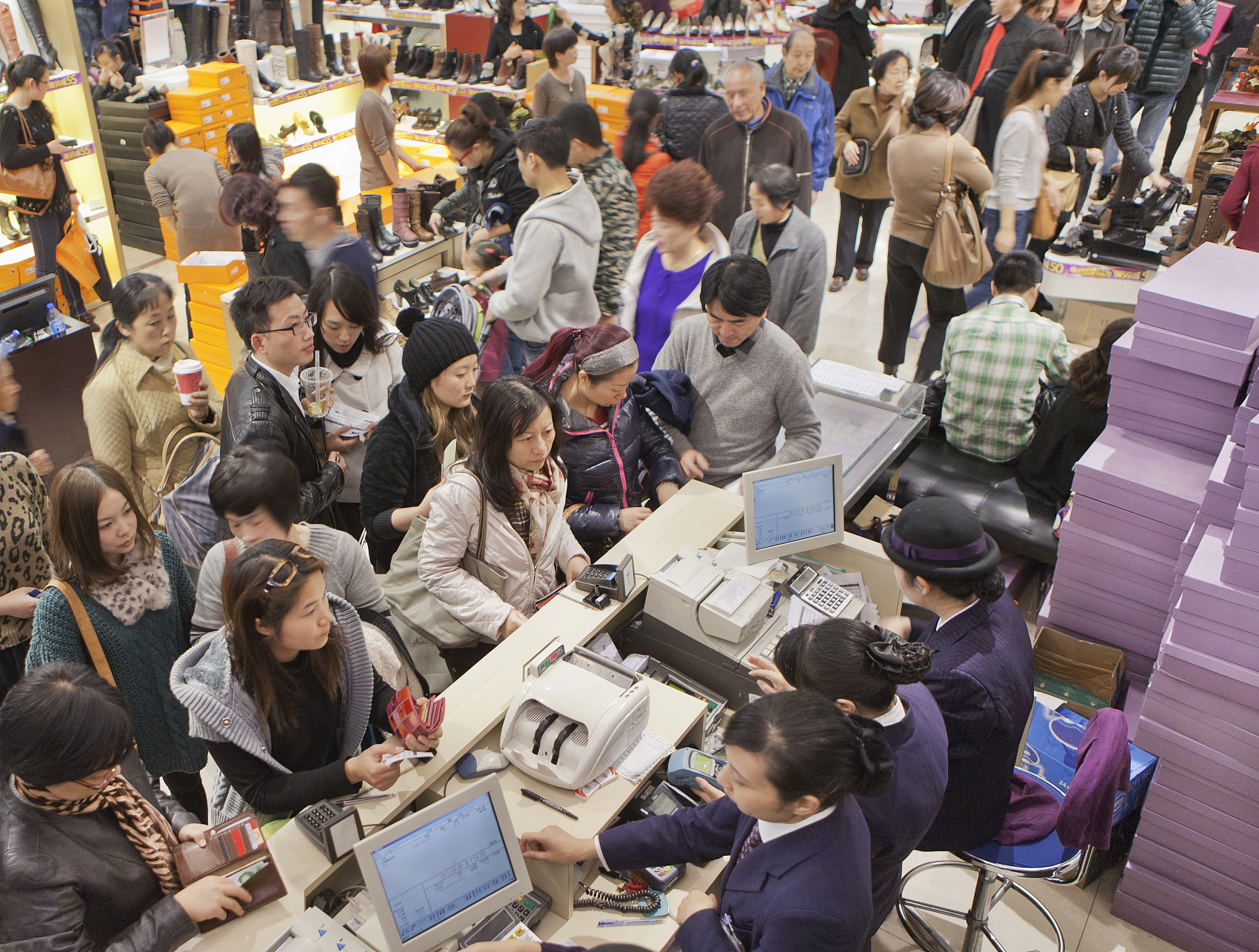 Among the three factors, job prospect is the main driving force for this quarter's CCI increase, said Bali. He further explained reasons behind the sharp increase of job prospect index.

Firstly, the country's GDP growth stood at 6.8 percent in the July-September period, according to China's National Bureau of Statistics (NBS). For nine consecutive months, the economy's growth rate has been in the range of 6.7 percent to 6.9 percent, which laid a solid foundation to stabilize employment.

Secondly, Chinese government is pushing for reforms to streamline administrative process, such as cutting multiple certificates to one. As such reform advances, mass entrepreneurship and innovation has been burgeoning and market vitality has been stimulated. Data from NBS shows that the daily average of newly registered enterprises reached 16,500, compared with 15,000 in 2016. 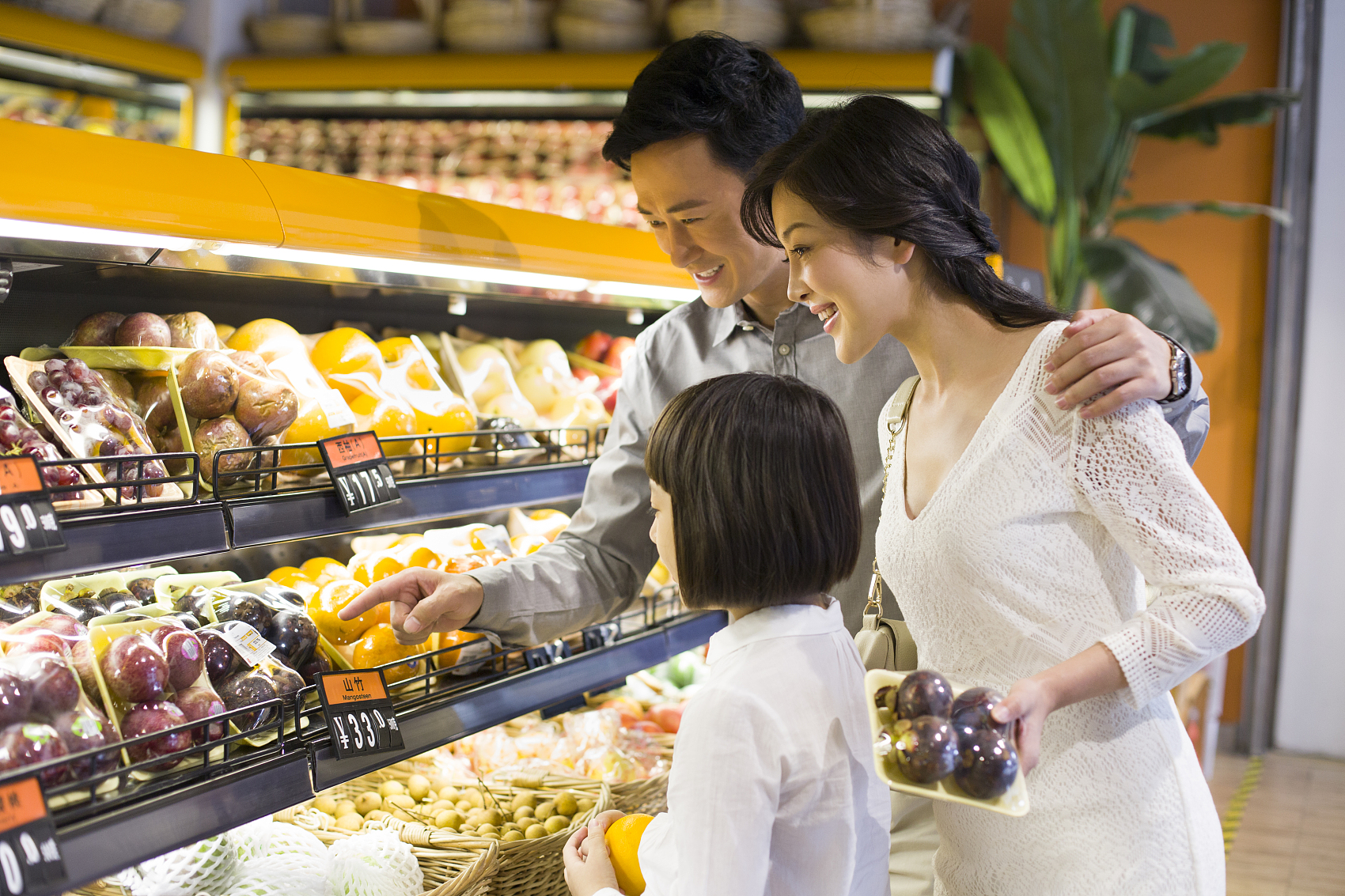 A family shops in the supermarket. Photo: VCG

China's consuming optimization has entered a stage where all residents get involved in. Nielsen finds that beyond enjoyment, consumers are seeking for healthy lifestyle. For example, consumers pay more attention to health prevention, especially health food and their health concept has expanded to personal care and household cleansing products.

"As life quality improves, consumers' demand for health is being felt sharply. It will activate the health service market. The report of the 19th CPC National Congress clearly puts forward to implement 'Healthy China Strategy,' which hails the conception as a national strategy,” said Bali. “It is bound to become a new driving force to upgrade consumption.”

As health spending continues to grow, doing sports is a main way for people to achieve their healthy demands, as well as a new driving force for consumption.